Ángel Martín Portillo was born in the province of Corrientes and had the opportunity to show his talent on the hit TV show in Finland. 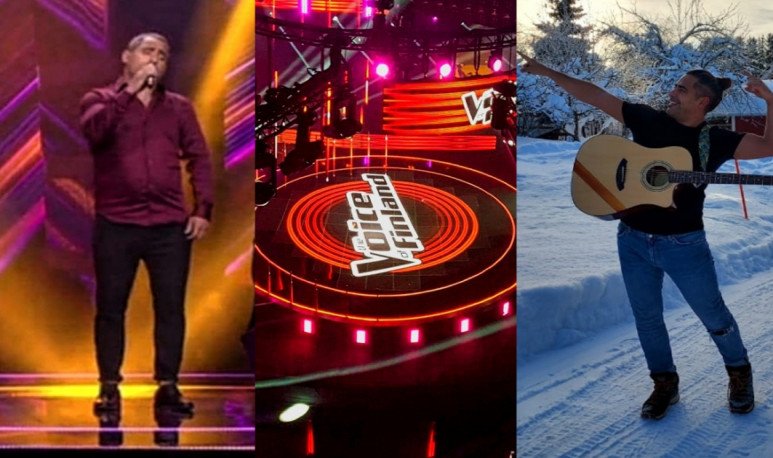 From a very young age he became  passionate about music . At the age of 13 he started playing guitar, but at the age of 19 he decided to study the degree of kinesiology. However, at the time he realized that his artistic vocation was stronger. So he  put his clothes inside a suitcase and went to  Europe  , to stay with his father who lived in Spain. After performing on the street, he emigrated to Mexico, where he learned a lot about traditional melodies. Later, he began a tour of Central and South America until returning to the European country. Finally, he went to  Germany , Portugal and  ended up settling in Finland . The things of destiny wanted me to make her home.

About  how he arrived in Finland , the artist reported that he happened when he started dating a Finnish in  Brazil  and were stranded by COVID-19. Restrictions prevented them from leaving the territory and the young woman was pregnant with him. Subsequently, they managed to obtain the corresponding permits and returned to the initial destination. There, she had the daughter of both at two months, while Angel entered the La Voz contest.  Currently, the boy lives in Porvoo, a picturesque and tourist  village  in the area where it is very cold . In fact, he claimed that they get to make temperatures of 23 degrees below zero, and that the landscape is full of snow.

Referring to his participation in La Voz Finlandia, Correntino told what was the selection process for the television program. Let's not forget that this is a resounding success in all its editions of the world, which usually leads the rating bands. In this regard, he said that the experience consisted of three castings, of which about 8 thousand people participated. The first stage was in August 2020, the second in September and the last in November. By that time there were only 140 participants in the immense initial call.

He added that when choosing musical pieces, he proposed a list of titles, which the production finished defining. Among the options they opted for a Mexican bolero, for his exoticism. While in the battles, in the second round, he gave them a list and they decided to their rival competitor and song. At the same time, he stressed that  he was very well received  by the show team and was very comfortable. Anyway, he stressed that he 's known that immigrants do not win the contest .  But with the fact that he was able to be a part he already felt victorious .

Up to Finnish name

The artist's experiences in Finland came to  transform  even  his nicknamed way  . It is that  the stage name “Angel Énkeli”  responds to that in Finnish, Angel, as it is truly called, is translated with the second word. So he stayed with the combination half Argentine and half foreign. Finally, he revealed that he likes the city in which he lives because there is a lot of nature, you can walk and the population is very ecological. While it provided no less fact: during the winter, football courts become free ice rinks. In addition, he defined the Finns as cold and distant, although he highlighted the kindness and respect with those who are handled.