Francisco Gómez Paz won the Compasso D'Oro in Milan for his Eutopia chair made in Salta. 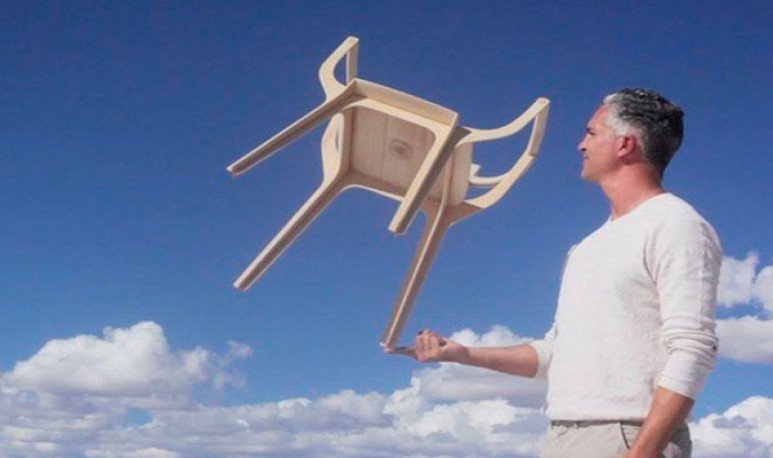 “ Eutopia”  is a chair built by Francisco Gómez Paz  and was recognized as the best in the design category for living,  after competing in the Compasso D'Oro  competition held in Milan.  This is a prestigious recognition of the world's industrial design and is the first time our  country  has received this award.

The chair is captivating, combining elegant and sophisticated style by articulating industrial and craft processes. The product does not carry nails, this is due to the fact that it is achieved with four planes of multi-laminate that are inserted into a socket and joined with glue. It can be defined as  sustainable, sturdy and lightweight, as it is made from Kiri wood, which allows it to weigh 1.8 kilos and be able to withstand up to 100.

“This award is proof that, at the time of the industrial revolution 4.0, it is no longer a utopia that the  project , with its values and its entire complexity, can be born, grow and produced in situations far from the usual industrial fabric,” said the Salta designer. In addition, he pointed out that  with only three tools, it was possible to realize a project that currently has an  important projection.

Francisco arrived in Milan in 1998 after receiving Industrial Designer at the University of Córdoba. During his career he was recognized in the Italian city with the  German Desing Award  and the  Red Dot Award.  Three years ago he returned to the province of Salta decided to realize his dream and set up a workshop where he can give life to “Eutopia”. This desire was driven by the need to experiment and innovate in his native country.

After several attempts, Francis launched the ultra-light wooden chair and called it “Eutopia”, mixing Greek words to represent  a place to feel comfortable and happy but in a real world.  In 2018 the chair was presented at the Milan International Furniture Show and was also  exhibited in prestigious design galleries.  The main reason why he outperformed his competitors was his craftsmanship despite being made with flexible technology and 3D printing.

In the midst of a pandemic, Francis flew to the city of Milan and saw one of his greatest yearnings come true: to connect these two worlds so different and so far away from each other. Francisco says that  being able to produce a product of international relevance from Salta is a dream come true.  For this talented entrepreneur from Salta, design is pure innovation, so he does not regret having broken the paradigms of industrial design since the success of “Eutopia” is the result of that bet.

For Francis,  the world is made to conquer it  and this has demonstrated with facts managing to position a  national product in the highest standards of design,  from Salta to Milan, from  Argentina  for the world.

It is the oldest and most prestigious industrial design award in Europe, existing since 1954. Obtaining it represents one of the greatest honors. Its aim is to recognize and promote the quality of industrial designs where innovation, ethical responsibility and sustainability stand out. It could be said that  these are the Oscars of Made in Italy design , so winning it means acquiring a strong projection in the world market.

In this new edition, the event was held at the new  ADI Museum of Design in Milan . The Argentine chair was chosen by the  Permanent Observatory of Design of ADI  (Association for Industrial Design) which is composed of experts from the field, critical designers and journalists and historians.