Gastón Flageat is an industrial engineer who was stranded by the pandemic in the Asian country. But there he found love and a new venture from the hand of a well Argentinean recipe. 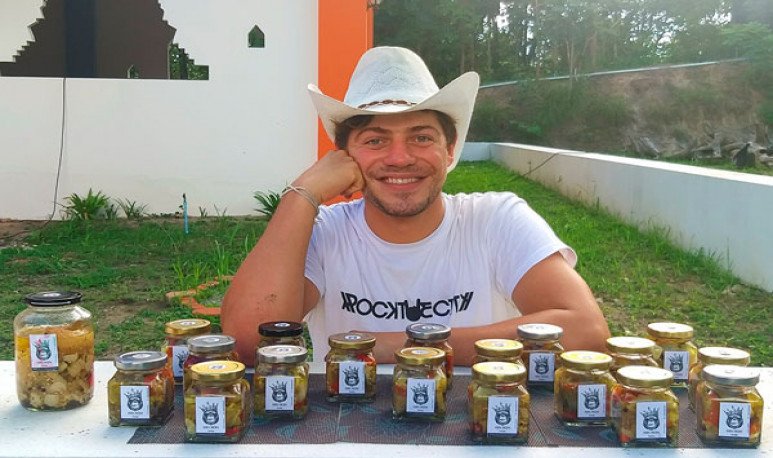 We all agree that  2020 was a year where nothing came out as we expected . However, that does not necessarily mean that the result had to be negative. If we learned something, there are situations we can't control. And, many times, if we let ourselves be surprised, our life can take turns that we would never have imagined. If not, ask  Gastón Flageat , who left to tour Southeast  Asia  before the  pandemic  and,  stranded in Thailand , fell in love and launched a venture that has nothing to do with his profession.

Gastón Flageat  is 33 years old, is an industrial engineer  and is in charge of a customer loyalty agency. When the world was still “normal”, he decided to start a long journey. With the possibility offered by his work to serve his clients remotely, he wanted to know other cultures and embarked on an adventure that, over time, would take him back to Argentina. When the  COVID-19 pandemic broke out, it was in Thailand, more precisely in  Phuket Town. Like everyone, he thought that the health situation would be resolved soon. His original plan was to return to Kuala Lumpur, where he had left his suitcase. Finally, after three weeks and seeing that the picture would not change in the short term,  he decided to go to the city of Chiang Mai , without imagining what fate had waiting for him there.

What follows might well be the script for a post-pandemic film: in a world in crisis, stranded thousands of miles from home, living with a culture so different from his own, he saw it.  A woman smiled at him, and from that moment on, she knew that nothing would be the same anymore.   Originally from Chiang Mai, his new girlfriend introduced him little by little into local customs and Gaston stopped feeling a tourist in a far away city.  From the hand of  love , he was discovering his new life. 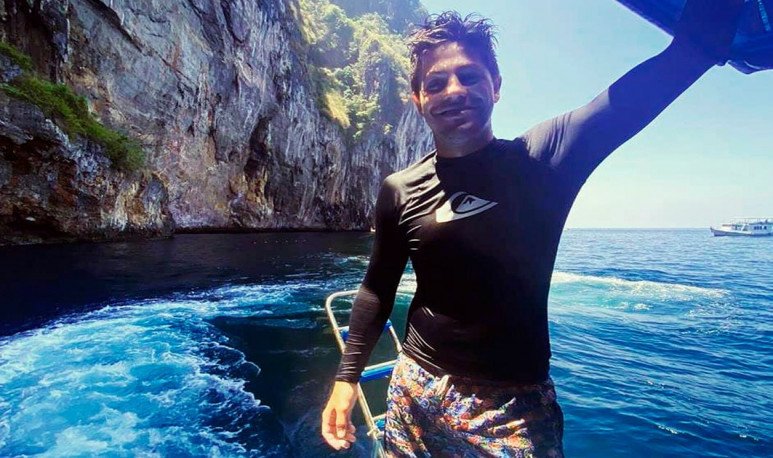 As we can imagine, things are very different in Argentina and Thailand. There, the day starts very early and very differently: Gastón began to do his own practices such as  meditation and yoga . He also learned to escape from the overwhelming midday sun and dinner at the time when he would be just having a few mattes here. He was surprised by the large number of people practicing  Buddhist religion  in the country and how that crosses absolutely everything in their lives.

Suddenly, and in just a few months, Gastón's life changed completely. But there were still more surprises to come. This time,  in the form of a vegetable . Something so common in Argentina, such as   pickled eggplants, opened a new entrepreneurial vein   for this Argentine.

To entertain his girlfriend and friends, he prepared his family's recipe and the result was expected:  Thais went crazy with our classic pickled eggplants.  They liked it so much that they suggested that he sell them at one of the neighborhood's markets. So, Gaston  prepared several jars and sales were quite a success.

Together with his girlfriend, they continued the new venture and expanded the product line.  Today they have a local in a shopping in Chiang Mai and carry more than 5000 bottles sold . In addition, they have already received approval to start selling in supermarkets.

This is how this man, who left Argentina in search of a few months of adventures, ended up finding love, peace and a new course for his life thousands of kilometers from home.