Years after serving as a diplomat in Costa Rica, Oscar López Salaberry is a true tango ambassador in that country. 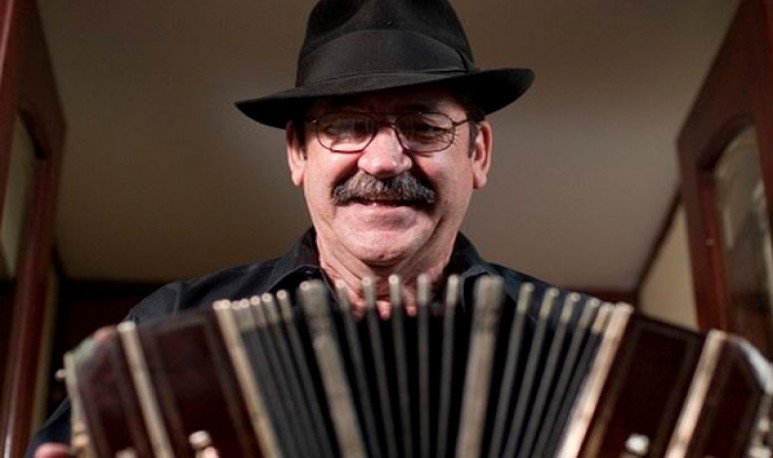 Born in  Trelew ,  Chubut , Oscar “Tatín” López Salaberry was a civil servantand also, for three years, served as Argentine ambassador to Costa Rica . Currently he continues to live there and not only took root, but he became a promoter of   tango   in that country.

Between 1989 and 1996 he was head of the National Commission for the Promotion and Development of  Patagonia   (CONADEPA), during the first residence and part of the second residence of  Carlos Saul Menem . After completing his cycle in that organization, López Salaberry was appointed as ambassador to Costa Rica and settled in San José, his capital.

His career as a diplomatic officer was, in his words, “very active”, exercising “with the same dedication as when he was in   Patagonia .”  Three years later, Tatin returned to the country, although his stay in Argentina did not last long. “Society does not tolerate success,” he regrets and criticizes citizens' hypocrisy, which minimizes those who are not dotted with corruption while outrage over spurious acts within the public service.

So he started with his wife, Mirtha García, to return to Costa Rica, where he is recognized today, although the road traveled was not at all easy.

He faced a project in the Caribbean country that after a year it did not prosper. He added that his wife was diagnosed with cancer. “Everything would have indicated that I had to turn,” he says, as he was out of work, with his wife fighting a hard disease in a land that is not his own. But instead he reinvented himself and started a path that still continues today: that of tango.  He began, following the proposal of businessman Sebastián Tena, with a tango program  and another on economic analysis.

Then he bought a bandoneon, learned how to play and began teaching the performance of the instrument in universities and tango groups, as well as performing shows in a country that adores tango.

In this sense,  he considers that this musical genre is not sufficiently valued in Argentina, despite being -in his opinion - the most important cultural event of the Rio de la Plata in 100 years . “In the education of the middle Argentine there is no tango”, he regrets, adding that in the rest of the world, setting as an example Costa Rica, tango exists on open television, on the radio and that one has a knowledge and an affection for tango that is not observed in our country, while observing that hereiacute; the genre is reduced to the Tango World Cup, which is promoted more for tourism than for the interest of considering it an Argentine cultural heritage, which is held every year in August, and to the “tango for export”.

His tango passion leads him not only to teach bandoneon, but also explains the history of tango, the great musical references. In Costa Rica,   Carlos Gardel   is an icon and he also takes them to   Astor Piazzola  ,  Hannibal Troilo  or  Julio De Caro  . He explains the two tango schools that emerged in the first decades of the 20th century, one more traditionalist and the other more evolutionist.

The tour of “Tatín” López Salaberry in Costa Rica, with all the twists his life took and the circumstances that life made him go through, is interesting and admirable. With the ability to reinvent himself, having as a philosophy of life that every day returns to dawn, the Trelewense became a respected citizen in that country - to whom he returned without the privileges of a diplomat - and today he is a true ambassador of tango.

We left one of those responsible for Trelew playing first time

The school that challenged a game to the pandemic

Day 7: The band will honor Soda Stereo with a luxury show