Home People Argentines around the world Rosarine and heroin

A swimmer from Rosario became the heroine who saved a child from drowning in Spain. 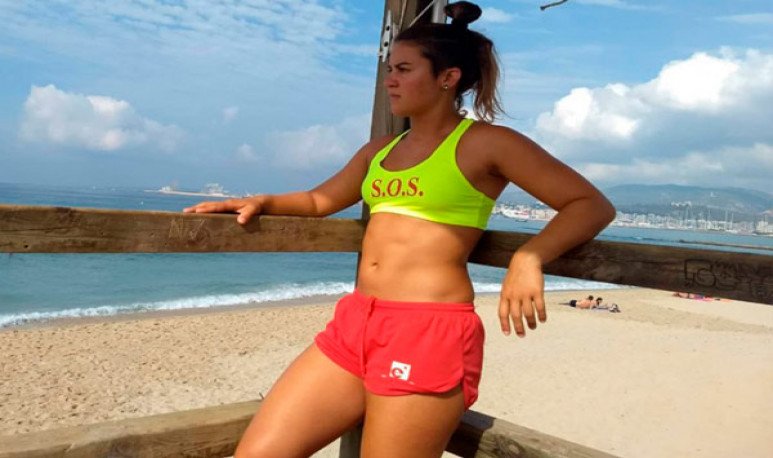 The news, in the big media, often leaves more heartfelt than joys.  So what I like most about working at Ser Argentino is having the opportunity to share these stories. Inspiring stories. Anecdotes that make us think what is the background of certain blessed coincidences. Like that of a Rosarina heroine who saved a child from drowning in the sea .

This young Rosarina became heroine in European lands. It is Macarena, which is based in Palma de Mallorca, Spain. Like so many Argentines in Spain, Maca is a lifeguard. But  that weekend, at that time, I was already resting. Well... that was his idea . He had to stop enjoying the beach for an urgent cause - to save a child who was drowning in the sea. His action was applauded by the local police of the Spanish city.

The feat of this heroine rosarina was unveiled by the Institut Balear D'Emergències (IBE), a group of lifeguards in which Macarena is a part. According to a publication, the young Rosarina had ended her working hours and she was most unlikely, playing volleyball.

Because of bad weather conditions,  they had 'closed' the beach with warning flags . But this work is like the doctors , or the cops. Despite not being on duty, first responders can not help but remain vigilant. More if found in aquatic environments. It was that attitude that allowed Macarena to see a child near the line of buoys (about 200 meters from the shore) and become heroin. Attentive to his way of acting, Maca was clear that  the situation was critical : someone was drowning.

When the worst seems inevitable

Those who witnessed the dramatic moment do not hesitate to point out that Maca is truly a heroine. They say that  the sea was really brave and no rescue material was available . So and all, the rosarina did not hesitate to launch to look for the child. He was expecting her exhausted, tired of fighting the waves and with her body almost defeated. It was so much the effort he made to stay afloat that he fainted. It was at that time when Rosario's girl became her savior .

Macarena observed that the sea was very complicated and could not reach the shore by towing the minor. That's why he swam to the buoy and tried to get it back while waiting for help to come. He held him strong with his hugs. Meanwhile, the baby, already recovered from his fainting, asked him if they would save him.   They claim that, in an almost maternal embrace, Maca managed to reassure him while waiting for a boat, which arrived at 15 minutes. The bad sea made them not be able to get on the boat. As if there was no more drama in this story. That's why they had to get to the shore through a life ring, to which the girl clung to the boy. So, they were towed to the sand.

'Thanks to a titonic effort',  stand out from the group of first responders, Macarena was able to achieve its task and save the baby  . Finally, they celebrated: “Fortunately Maca is a swimmer in open water , otherwise she would not have come to land.”

The latter gives a lot to think about. A person would have died at sea. It didn't happen because “fair” there was a heroine.  A woman who is a lifeguard and open water swimmer “casually” had fun around there .

I don't believe in coincidences. You?