To this end, Cordovan Rudolf Helmbrecht, a citizen of the world, presents the Spanish RCR FM Metro Barcelona 107.3, which you can listen live reading and sharing Serargentino.com. 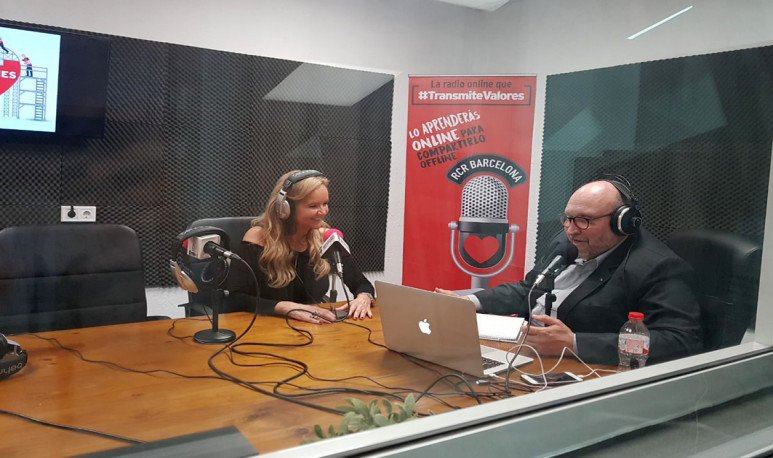 Rudolf Helmbrecht left forty years ago from Cordoba to the world. He worked in Germany, Peru and Spain in major companies and was perfected in  marketing  and  coaching  . But above all  he learned to look at people, to understand their bonds, understand their obstacles, and to try to help . He carried in his soul the “gauchada” well argenta. And so it was that in 2015 he launched the radio program “Building Relationships”, first on Radio Ona Sants, and then Radio Kanal Barcelona (RKB), with high audience rates . The wave hit Rudolf, a media that “transmits values”, and the subsequent online radio themed RCR mutated to RCR FM Metro Barcelona 107.3.   And the programs of self-improvement, tools of the best living, were expanded into a content of argentinity al palo, with sports, news, companies and, especially, national music “   Bringing Argentine culture closer  to those who must have moved away from their homeland” emphasizes Rudolf guided by challenges, “excellence in detail” and staunch enemy of “lack of values”

“I love  serargentino.com  because it has everything an Argentinean wants to know”, throws us flowers who discovered our site while building “Gauchadas”, his very successful program aimed at the Argentine community in Spain, “Culture, news, tourism, language, and so much more, I love it! The truth I share what  an Argentine said here , “it is very neat”, heh, another very Argentine phrase. We share several of the news on the radio.  serargentino.com  is our thing”, identifies Rudolf, one of the most outstanding  voices of compatriots  in Europe. 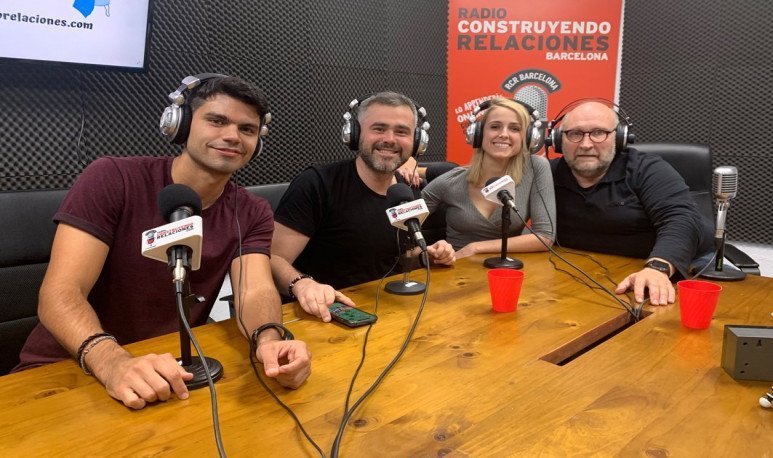 Journalist: Why do you decide to start the radio project and leave the comfort zone of a successful career in business marketing?

Rudolf Helmbrecht: In 2015 I decided to change course. I was working between Europe and Latin America in companies, and I started with digital marketing and own courses. At that time I wrote a small play about relationships and, a journalist friend, suggested me to take it to a radio program. I was always attentive to personal relationships and studied tools that I use in my  networking courses.    I started the program artisanally on a zonal radio that came in a couple of years to a powerful radio, with an excellent reception from the audience. In 2017 I came up with the leap to an online radio and in September of that year I launched “Radio Constructing Relationships”, which was a thematic medium about personal growth.

Already in 2019 it had a full grid of programs that went beyond personal growth, some for foreigner communities such as Venezuelans, and businesses. Simultaneously, it was still linked to marketing and tourism consultancies. In the middle of that year I was presented with the chance to put together a program for Argentines, with whom I did not have too many ties because I lived more in Germany, Peru and Spain than in the place I was born.  I started a program for Argentinians, “Gauchadas”, and that won very good response in the large Argentine community. We are now preparing your return on our FM, RCR Metro Barcelona 107.3 . 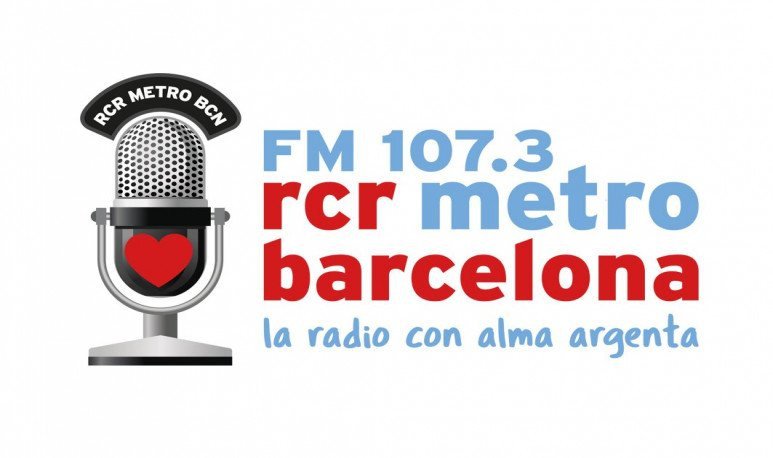 Q: What does it mean to make radio for you?

RH:  I'm a born communicator. Radio not only has to serve to communicate but also to transmit values.   Even that was the motto of online radio. It is very important that you speak well, in addition, and that negative thoughts are not spread.  Motivating the listener, and helping, are pillars of programming.

Q: Your radio has a thematic orientation, with axes in relationships and personal well-being, with little topical, why?

RH: The radio really had a thematic orientation until mid-2020, which we got a modulated frequency in Barcelona, and we decided to merge our online radio with the FM Metro 107.3. The idea is that at some point they are independent again, with the more  podcast style RCR.    Now the FM programming is purely Argentinean, it is conducted by Argentines, and even the advertisements are Argentinean.   We also follow the news of the country. We are not missing many Argentine music, folklore, tango, rock, and that differentiate us from other American countries . I always make it clear that we are not a Latin radio because Argentine music is more similar to the European one.   Perhaps it only resembles the songs of the Uruguayans in America, they also have so many Spanish and Italian influences added to the whole Old Continent.

In the future the radio will have a strong look at relationships as we want to go to tomorrow's radio, podcast and themes . From now on we do the programs in these formats, in case you want to listen to our content, or interviews, at any time. So we're working on two lines, this more  podcast,  and the other general, more oriented to an argento audience.  It is estimated that around 150,000 Argentines live in Barcelona, out of 260,000 in all of  Spain , but I think they are more. difficult. I would dare say that Barcelona is the most Argentinean city in the world,  and that this community is very attached to its culture, so our audience grows day by day. 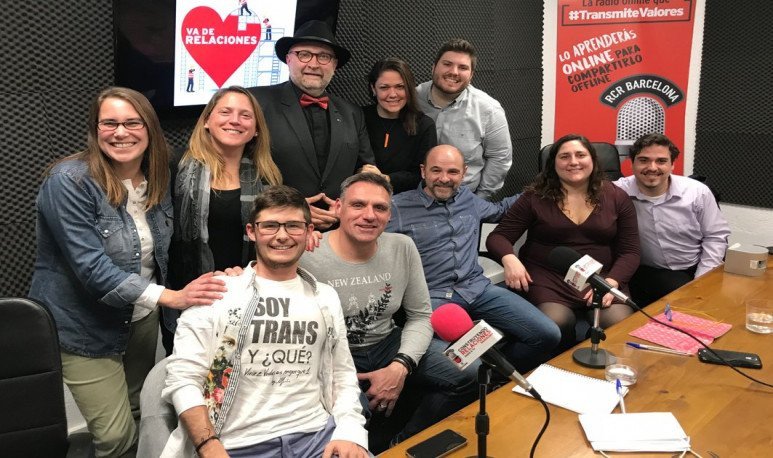 Q: What is your view on Argentines in Spain? And the Latin Americans?

RH: There are many Latin radio stations in Barcelona, but none like us that focus on content for Argentines.  We are representatives of the Argentine Song Festival in Europe . We take into account that Argentine immigrants come with a high sociocultural status, and their cultural consumption is sophisticated. Distinctive of other Latin Americans, Argentines come with university degrees.

Q: One of your programs is called  “Gauchadas”,  what would be a gauchada for you?

RH: A gauchada is a favor, something simple.  Argentines are a lot to do gauchadas. Do the favor just like the old gauchos in the countryside.    I think we're in some of that selflessly helping our neighbor, helping each other no matter who  . That's why when the program came up we put “Gauchadas” because we wanted to help people who lived in Barcelona. Bring Argentine culture closer to those who had to move away from their homeland.

Q: What strange about your Cordovan childhood?

RH: I left very young from Cordoba to Germany, so I don't miss much. Besides, mate, dulce de leche and music are always close. I've come back a few times and notice the changes the Docta had.  Maybe what I miss is the Cordobese humor, so easy but so funny, and those motes that only the Cordobese are able to invent . When I hear a Cordovan joke, or one of his nicknames, I can't stop laughing.

Q: You define yourself as a man of sales and challenges, with what things do you not transse? what is your biggest challenge?

RH:  I am a sales man and I don't conceive life without challenges . My biggest challenge is the new one. Now I want this radio to be as big as possible. Getting ahead in the middle of the pandemic, that which I believe has been one of the biggest challenges of my life.

Do not transo with the lack of values. With rude education and lack of respect either . These are lines of conduct that guide me in the work and the everyday.