Home People Argentines around the world “Pachamama”, a jujeño in Spanish lands

Fabian Gonzalvez lives in Spanish lands more than 18 years ago, yet he misses his beloved Jujuy. 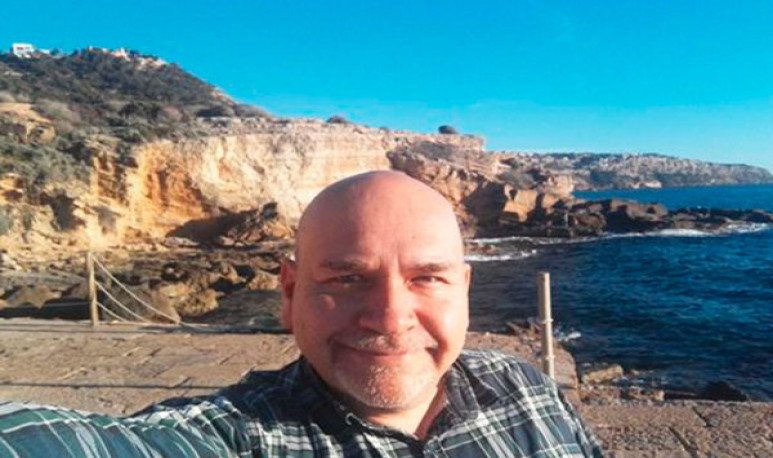 What began as a longing, a dream, then became a reality for Fabian Gonzalvez. Jujeño now resides in Spanish  lands  . The economic crisis that the Argentine was going through led him to choose Spain as his destination. After practicing his profession as an architect in Córdoba and his beloved Jujuy, he set out his way in search of new air.

Eighteen years ago he arrived in Madrid, without any company. He immediately began to work in his  profession  at the Alzheimer Center Reina Sofia Foundation, which profoundly marked his career.

Already with almost 20 years in Spain, he has been well treated and received in his new home but, he still longs for his beloved Jujuy. Such is so that he keeps his traditions, customs and meals in effect from his homeland. Family gatherings on Sundays was what he missed most when he barely arrived in the country, that day he combined roasts, mattes, talks, family company, so special moments he often remembered.

At the age of 50, his beloved Jujuy persists in his  memories  of distant days.The memories of his childhood in Barrio Huaico, where going to the river was one of his favorite activities as a child. Luckily, many times you have the possibility to travel to Argentina to join your family and thus recharge your spirits. Unfortunately, when he gets up to Jujuy, he sometimes saddens to find that some of his acquaintances have already departed, that he was not in his time for them and will not be able to continue sharing his life with those people.

Jujuy as his inspiring engine

Fabian never forgot his homeland. This is why every day when you wake up, new projects turn into your mind, plasma them on a role with the skills characteristic of your profession. In his  longings  lies the dream house in Jujuy, which he designed on a plane with all the details. The architect could not leave the Spanish land because he is constantly in conflict with the bureaucracy, labor and economy that is handled in Argentina. These issues have taken him away and still far away from his beloved province today.

Until the air is conducive to returning to Argentine soil in a definitive way, he will keep intact the illusion of his house in Jujuy. Until that, he carries in his being traditions, meals and the memory of his family in his mind and heart.

Living in a country with a completely different culture, Gonzalvez cooks for his Spanish friends. Jujuña gastronomy accompanies you at any meeting or holiday that is present. Make rich jujeñas empanadas, corn cakes among other traditional dishes from his homeland, except tamales for not being able to get corn flour there.

Another of the traditions that accompany him is that of sahumar his house every first of August. This is why he earned the nickname “Pachamama”. Even some of his Spanish friends have adopted this Jujuña tradition.

Fabián Gonzalvez is a jujeño who has not forgotten his land and keeps it next to his heart at all times. He even has thought some improvements that he visualizes every time he returns to Jujuy, such as being new infrastructures and remodeling to beautify the province even more.For him the most important thing that must maintain its essence is the Quebrada de Humahuaca, which must be taken care of and not paved it from undue constructions.

The architect resides 18 years ago in Spain, 14 in Madrid and 6 in Palma de Mallorca where he currently lives. There, he works on the renovation and expansion of the local airport. He still dreams of returning to live definitively in his beloved Jujuy and realizing one of his most utopian dreams: the Salinas Grandes as a logistics center for the West and Asia link.