Gonzalo and Tomás are two friends who decided to leave everything and go on the adventure: they toured Latin America by bike. We tell you his story. 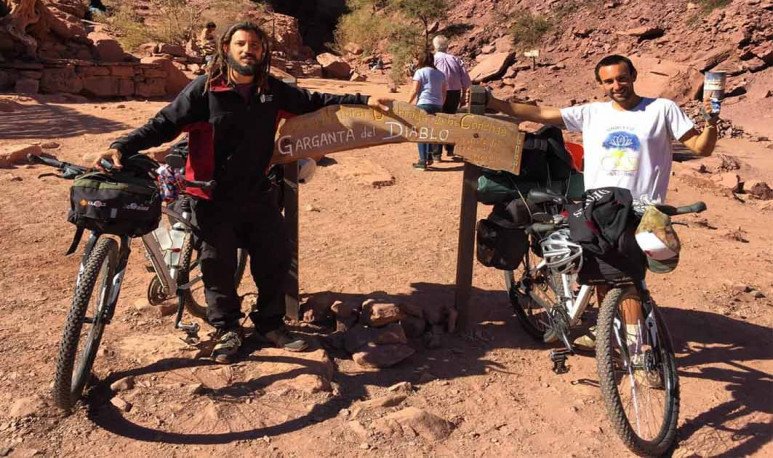 How many times do we fantasize about leaving everything and going on a trip, aimlessly, for an indefinite time? How many of us would really be willing to do it? If you are looking for an inspirational story that will push you into the adventure, we will tell you about  Gonzalo and Tomás , two friends who traveled  Latin America by  bike for over a year.

“ On a bike that takes me everywhere” , like the song of Shakira and Carlos Vives: that was the experience of Gonzalo Roselli and Tomás Morixe . These two friends from  Berazategui , in the south of the Buenos Aires  suburb  , one day decided to realize a dream they had postponed years ago: they left their affections, their jobs, their studies, and they left. They went out in March 2017 on an adventure that lasted for  14 months , on which they spent only  1500 dollars .

Gonzalo and Tomás chose the  bike  as a means of transport for several reasons: it provides freedom, does not need parking, allows physical activity, does not pollute and is economical. The idea was given by an acquaintance of Gonzalo's sister, a German who had done the same feat before them. That was the push they needed to start.

For more than a year, they pedal through beautiful landscapes, met people, slept in tent and in strangers' homes. They left without direction, no set time: they only knew that the first destination was going to be the Argentine north. The rest were arming on the fly.

Then, from Berazategui they left for San Juan and La Rioja. Then they crossed to Chile, where they visited Iquique and Alica. Later, Peru: Ilo, Arequipa and Cusco. They pedal Ecuador from end to end and followed Colombia: Pasto and Cali. From Cartagena de Indias they flew to Cancun, where they worked for a few months. The total tour? 6500 kilometers by official route. Per day, 100 kilometers.

Since they didn't want to invest all their savings (they went out with 3000 dollars and spent only 1500), they looked for other ways to generate money: peddling sandwiches and salads, or exchange jobs at hostels. In addition, they volunteered in NGOs and provided free yoga and meditation classes.

The whole experience is summarized in his book  Nomadas a Pedal  and in his Instagram account:  @nomadasapedal . From Ushuaia to Alaska, in Torino

The tucuman who shines in American football