Home People Argentines around the world Seedbed of geniuses

The Argentine team that participated in the International Olympiad of Mathematics won a gold medal and two bronze medals. We introduce you to these geniuses. 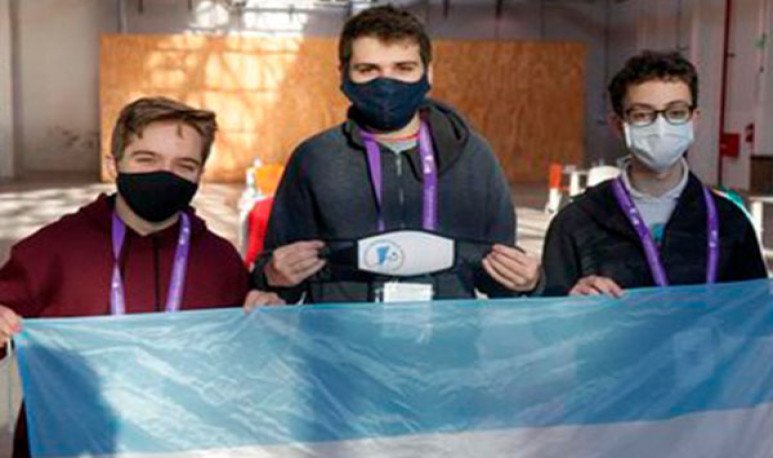 Who says boys hate math? In our country we have talents of all kinds and in all areas. Today we are going to tell you about these  teenage  geniuses who won medals at the   International  Olympics in Matemattica , including — as could not be otherwise — the maximum award:  the gold medal.

This year, the International Mathematics Olympics (IMO) was quite different, like everything that is happening during this 2020. The headquarters was  Russia , but the modality of participation was  virtual , under special protocols due to the coronavirus pandemic.

In another context, participants would have traveled to the chosen destination, where they would have met with  high school students from more than 100 countries . This  world championship  began to be held in 1959 and the first meeting point was Romania. Every year it takes place in a different city, where teams coming from all latitudes gather.

From the bunker specially prepared for the occasion — to respect social distance and be able to communicate with the competition's authorities — the  Argentine team  participated in the 61st edition of the Olympics. And it was quite a success.  They won the one gold medal and two bronze medals, plus a couple of honorable mentions.

The golden boy was  Bruno Ziger , 16, who is studying the third year of high school at  ORT school, in the headquarters of the Buenos Aires neighborhood of Almagro. But this was not the first time for Bruno at the Olympics: he had already won awards in previous editions.

“I started participating in the Olympics in fifth grade, in Rhea, when my elementary school began to offer training classes for them. My parents thought it would be a good idea for me to participate and prompted me to do so (at the time, to my regret, heh). Obviously, I ended up doing it,” Bruno said on social media.

In 2019 he won the bronze medal in the competition held in the city of Bath, England. This time, he achieved maximum recognition after adding a total of  31 points along the 6 questions .

On the Instagram account of the Olimpíada Mathemática Argentina (OMA), they shared something more of their experiences: “From a mathematical point of view, I really like the idea to think about problems that one never saw and having to understand them in order to find a solution. Also, from a social point of view, what I think is great about the Olympics is the huge community that is generated, both olympics and exolympics, who constantly exchange ideas, moments and experiences.”

From  Rosario  (Santa Fe) came Matías Raimundez and Julian Cabrera  , companions of the Higher Polytechnic Institute. They accumulated 22 and 19 points, respectively, so they  won the bronze medal . Also with past experiences at the Olympics, they regret that this year they have not been able to travel to participate in the event, but they value the experience in the same way.

Finally, two other members of the Argentine group received an  honorable mention  for their good results in the test, from the organization. This is  Lucas Sandleris and Lisandro Acuña .

I'm proud that these geniuses represent us so well outside the country. Congratulations to them!