Lucas Kelm left the country as a boy along with his family and today is one of the best bartenders in the world. Do you want to meet him? 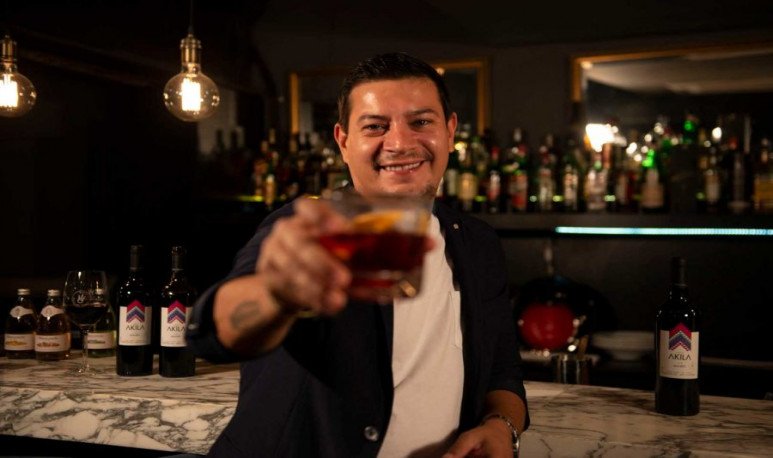 Uprooting can be difficult, but  Lucas Kelm  knew how to take advantage of the experience he had to live outside his homeland. After leaving the country of chico along with his  family , he began his way in  gastronomy at age 15 and today is one of the best   bartenders   of the world. In addition, he created a  drink in honor of  Argentina  .

After   the 2001 crisis  , like many Argentines, Lucas Kelm's family emigrated to  Europe . More precisely,  Italy . There they settled in a village near  Venice . Luke was 13 years old and his brothers were 8 and 4. At 15, he started working as a  waiter  to count on his own money, although he still attended school. Years later, his family opened a typical Argentinean  restaurant  in the village and he also worked there. Until he met the true  love  of his life: the  bar .

It all started in a restaurant where I worked in Venice, which had a bar. There he discovered that the  bartender  function combined two of the things he liked most: to create as a  chef  and, at the same time, to be face to face with the client. Then he knew that's what he wanted for his life.

Over time, Venice became a girl and decided to experience other destinations. He spent two years between  Ibiza and  Barcelona  . There he started creating. Then,  international recognitions began to arrive. In 2017, he won the final of a premium vodka competition in Italy that allowed him to compete in Ibiza against other countries. He was  second in the world ranking . Today brands ask for it as a figure: he was recently in our country invited by a gin brand to be part of the  Latin America's 50 Best Restaurants 2019 , which was held in  Buenos Aires .

In passing, he took this opportunity to present  L'Argentino , an aperitif he created in homage to  Argentina . What do you have?  Malbec , of course, and  Campari , the Italian bitter. In this way, he combines two ideas: the union of the family and the union of its two countries. Every time he tries l'Argentino, Lucas Kelm travels to his  childhood : at noon on Sunday, when his grandfather had a little wine with soda before the pastas. Because, when you carry your country in your heart, you never leave it at all.