Artist Andrea Fernández inaugurated “The listening and the winds”, an exhibition that represents the works of artisans, activists and communicators from native peoples of Gran Chaco. 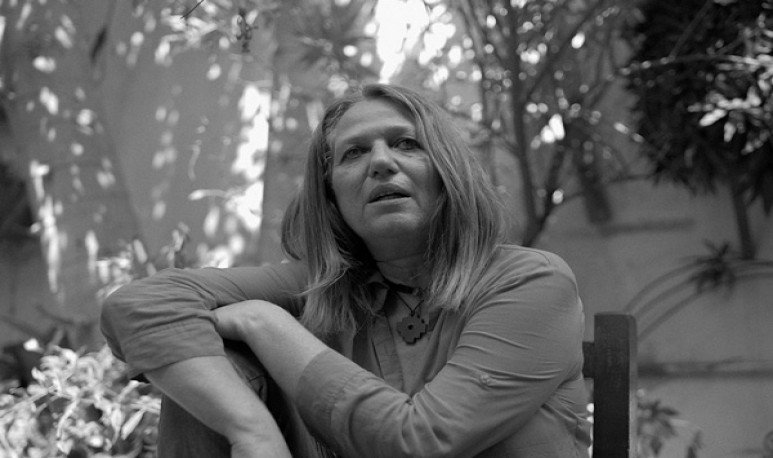 On October 22,  “The listening and the winds ” was presented at the IFA-Galerie in Berlin (Art Gallery of the Institute of Foreign Affairs) by  artist   Andrea Fernandez . This exhibition deals with stories and inscriptions of the Gran Chaco, where it brings together collectives of artisans, activists and communicators from  native peoples living in  this region.

The exhibition “Listening and the winds” was held thanks to the invitation of curator  Inka Gressel , director of IFA-Galerie Berlin, as part of the  Enviroment  cycle of the  Untie to Tie project.  It should be noted that Inka   works in the research of textile works from different parts of the world and thus came to Tartagal to meet the collective of weavers from the Wichí people  Thañí (Come from the mountain) accompanied by Andrea Fernández since 2017.

Ser Argentino  talked with Andrea and told us what “ The listening and the winds  ” is all about, and how the proposal to exhibit the works in this prestigious gallery arose.

“The process we started with artists, artisans, activists, communicators and researchers at the end of 2019 to carry out the works we exhibited in 'Listening and the winds' was like choosing an unsignaled path that crosses  that demands learning to see what was previously imperceptible to us.   This walk meant going in and out of the role of being 'the others' in different situations. The curatorial proposal invited us to create collective creations based on dialogues that propose listening as a fundamental and urgent action,” he told our media.

“We work in groups, each with at least one 'alien' person accompanying the production process of new communicational and artistic pieces. We set out to resignify practices and tools linking artisan productions to the field of art that usually circulate as merchandise in circuits of social, local, design and messages and records linked to activism and academic research. We rehearsed on this path a new 'we', from the need to bring into the public sphere stories and messages in which individual authorship and also our certainties are deleted,” he added.

With regard to the invitation to exhibit these works, he said: “Faced with the proposal to produce an exhibition in Berlin of the works of  indigenous  women in dialogue with artists from this territory, it was because I proposed to carry out a curatorship that brings together collectives of artisans, activists and communicators from native peoples with artists and researchers from different backgrounds who also live in this region to reflect on how they are named and the political senses.iacute; ticos of their artistic and communicational productions. After a year of intense work, we decided to exhibit artisan textiles, ceramics, paintings, soundscapes and audiovisual that were specially produced for this exhibition,” he explained.

Andrea also delved into the ifa-Galerie in Berlin: “Ifa (Institut für Auslandsbeziehungen) is a former German organization for international cultural relations. It promotes peaceful and enriching coexistence between people and cultures around the world, in turn, supports artistic and cultural exchange in exhibition programmes, dialogues and conferences, and acts as a centre for international cultural relations. In the art gallery of this institution, the transdisciplinary project  Untie to Tie  (2017-2020) is developed, which invites you to participate in a discourse on colonial legacies, movement, migration and the environment. It also provides a meeting space; as a platform for subjective narratives that question the  status quo  and the construction of a normative universality,” he said.

“The final phase of this cycle is  Enviroment,  which analyzes the consequences that colonization and globalization have had for the  environment , and faces local forms of resistance. They address the destruction of ecosystems, land grabbing and with it that of cultural identities. At the same time, these movements strive to preserve the concepts of nature, of life and ensure their survival in the future,” he explained.

Although the sample was scheduled for May 2020, due to the pandemic the date was postponed to October 22 and will remain on display until the end of January 2021 in Berlin's Mitre district. As to how the exhibition took place in the current context, Andrea explained to us: “Since many activities were resumed in Berlin, including cultural activities, with all the necessary measures to prevent COVID-19 contagion, the exhibition was held which was changing the date until the conditions were given for its submission,” he said.

In the course of our interview, we asked you if any other samples have been submitted on this occasion.  “ The gallery is exposing only our proposal, which includes works by Radio Comunitaria La Voz Indígena in the city of Tartagal, which militates for the defense of the territory and ancestral indigenous cosmogonies. We present a selection of the archive of this collective in dialogue with activist and researcher Mariana Ortega (native of Tartagal), who has been accompanying the organization for several years. Also involved are filmmaker Daniela Seggiaro and composer Cecilia Castro who create audiovisual pieces and a soundscape with the fragments selected in a participatory way of this story led by indigenous women two decades ago,” she said.

“The collective of women ceramists from the chané village  Orembiapo Maepora , composed of Lilia López, Felisa Ruiz, Claudia Sánchez, Gabriela Orio, Vicenta Ovando, Alicia Saravia, Sandra Saravia and Ester López, accompanied by artist and teacher Florencia Califano, from multiple encounters proposed as coexistence for artistic production in the different homes and workshops of the producers, create in clay pieces that represent the animals they live with, those who remember that disappeared next to the avasallado mountain and those who imagine, manifesting their right to create,” he added.

In addition, he delved into what the samples that were added to La listento y los vientos are all about. “The Ethnic Memory Workshop created by the women's organization ARETEDE investigated the oral story of a warrior chieftain of the Toba people: Taikolic, who led battles of resistance to the occupation of this region. Students from the Tertiary Institute No. 6029 in Tartagal set out to represent this story excluded from the official accounts of local history, in order to complicate the memories of the place of which they are part and thus understand their own identity. The director Brayan Sticks accompanied them to make a documentary about this research and the essay depicting “one other” by the anthropologist Leda Kantor who is one of the authors (together with Lidia Maraz and Benitos Arias) of the book “Un  Peyak  danzando en el viento”. Fight of the Toba people of Pilcomayo 1843 - 1917,” he said.

“The weavers of the Wichi people of the collective  Thañí , Anabel Luna, Miriam Pérez, Ana López, Estela Saavedra, Mariela Pérez, Isolina Pérez, Martina Arias, Graciela López, Erlinda Acevedo, Claudia Alarcón, Lilia Lucas, Ercilia Acevedo, Leila Lescano, Rosa Quiroga, Irene Acevedo and Clementina Pérez produced textile pieces from exchanges with the artist Guido Yannitto. They explore together a new scale and union of images that are abstractions and cartoons of the forms of nature that women feel part of, as daughters of the bush and the river,” she said. He also said that, in “La listening y los vientos”, a textile work by the Salta artist Carlos “Pajita” García Bes was also presented.

At the end of our talk, we asked Andrea if she was proposed to present the sample elsewhere. “We   plan to exhibit it in 2021 in the city of Salta, in the Museum of Fine Arts of that province, and we are also managing it to be exhibited in Buenos Aires, Asunción (Paraguay) and in Bolivia, everything will depend on how the pandemic continues,” he concluded.

Andrea Fernández is an artist, cultural manager and curator. She holds a degree in Plastic Arts (FAUNT) and a master's degree in Social and Political Anthropology (FLACSO). He grew up and studied in San Miguel de Tucumán. Since 2015 he has been working in northeastern Salta, at the National Institute of Agricultural Technology (INTA). He also participates in projects related to the social economy, food sovereignty and the memories of peasant and indigenous communities in the Salta Chaco region. Since mid-2019 he has been working on the project “La listening y los vientos” (stories and inscriptions of the Gran Chaco).

Finally, she accompanies indigenous women's groups in processes of organization and communication of artisanal productions and activism, in a cross between work and art. It is a territorial technique and promotes human rights activism. He currently resides in Tartagal since 2017.