A Santafesino set up a one-table restaurant in London. It's a furore. 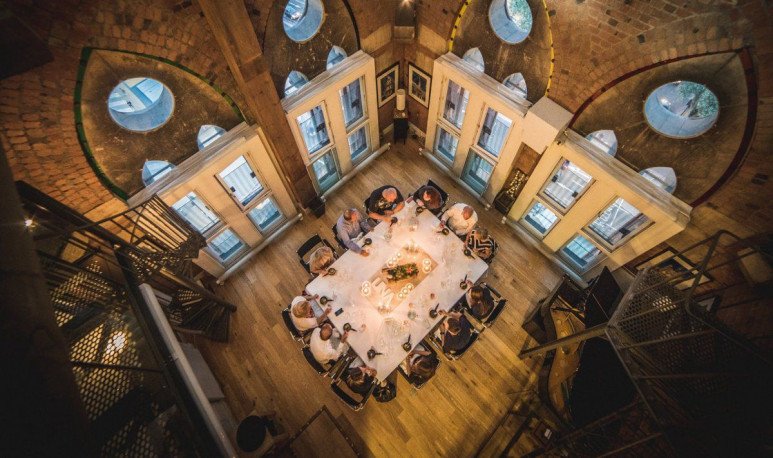 There is a restaurant in London that is quite particular. Well, to tell you the truth, in all the big capitals there are many very particular restaurants. Ethnic foods, sophisticated dishes, bizarre and even insects, are presented modernly in today's gastronomic spaces.   What is “different” about this, whose name is UNA   Nor is it that its owner is a Santafesino chef. It's just one table. It's for   12 people who buy tickets as if they were about to go to the theater.   Upon arrival, they enjoy a six-step tasting menu prepared by the Argentine. It must be said: Milesi's a golden gem. Its restaurant has an unbeatable location, in the clock tower of St Pancrass station.

Martin studied gastronomy and art in Buenos Aires and, eight years ago, settled in the English capital. His venture has seven. Your business format, different from the usual one,   not only is it profitable but is the cover letter for other businesses   , such as ephemeral restaurants elsewhere, a delivery brand and an online art platform.

Milesi, who has always been cooking, says that while studying and teaching at the Argentine Institute of Gastronomy (IAG), he was eager to undertake. Having your own business   . The idea of a space with a table for 12 was around him for a long time   . He wanted to implement it in Buenos Aires at the Kavanagh. When it was about to do so, the emblematic building in the Retiro area did not give approval.

He traveled to Spain. He then moved to Italy and, currently, finished in London, where he finished shaping his curious restaurant. ONE proposes that all people eat at the same time what a cook did, creating a different and much more personal evening.

The project is based on the concept “Pop-up”. It is a business philosophy according to which   “We're here today, not tomorrow.” And is that this space does not offer its services every day   . On the other hand, it proposes a fully personal dinner, in which merchandise is purchased exclusively for customers every night. Will there be something more exclusive?

It presents a seven-step dinner that   is paid in advance at a price of 85 pounds   . It takes a trip to Argentina and Mexico, with a varied gastronomic offer through tastings of dishes. These range from goat cheeses with honey, potatoes, mexican mole or the famous Argentine meat. In addition, there is no lack of yerba mate and ambrosia, the dessert that best symbolizes Martín's love for the history of Argentine cuisine.

Accompanying each tasting, an explanatory note provides information about each dish, such as   “The history of the potato” or “Argentine meat and the British importance in our consumption”.   In this way, Martín Milesi seeks to combine Latin American and Anglo-Saxon culture through innovation and culinary creativity with traditional dishes and some more conceptual Mexican and Argentine gastronomy. It is generated like this   a communion with British culture   (for the building) with the american (for the ingredients used); and the possibility of establishing a relationship with a small group of strangers who can only access upon reservation.

Cuisine is identity and culture. That is why, when you visit other lands, you always seek to prove what they have to offer you. Or, pretend   find aromas or tastes that make it remember its origins   . This explains the success that this Santafesino chef has in London, and we congratulate him.