Home People Argentines around the world Horacio Pagani: the Argentine who designed the most expensive car in the world

Their cars broke the industry barrier and were exhibited as what they are: works of art. 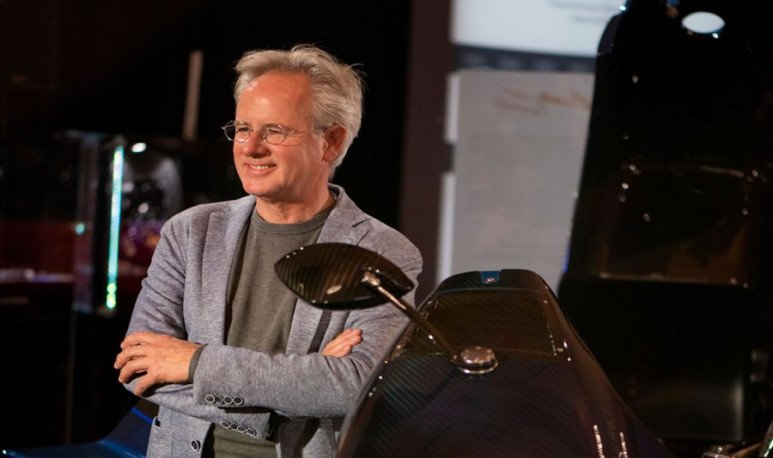 To many Argentines the name  Horacio Pagani  immediately refers to a very vehement  sports journalist  who always seems to be on the limit of live infarction. I bring you some news: there is another compatriot who is called exactly the same but is a little less histrionic and is engaged in something completely different.  He is the designer of the most expensive cars in the world .

He lives in Modena,  Italy , for many years. Their cars, in addition to the design work that makes you think more about art than engineering, are made of the most noble materials that exist:  they are the same as used in the aerospace industry . His works of  art  (because those cars are also designed and built one by one), have an aerodynamics work that makes us think more about Stanley Kubrick than Michael Schumacher. It seems that his work is rewarded: for his latest model, the Zonda HP Barchetta, he paid nothing more and no less than  15 million euros .

Pagani exhibits as an artist

Very recently, less than a week ago,  Pagani  took another leap in his career, his cars broke the industry barrier and were exhibited as what they are: works of art. The place chosen was  Grand Central Terminal station , one of the nerve points of  New York City . It is estimated that they will be seen by 750 thousand people per day.

The exhibition is going to be called “ Pagani: the story of a dream ”, and the name has to do with the very life of the business-artist-designer: as a boy, when he lived in the city of Casilda, in Santa Fe, he fantasized about creating the most impressive cars ever. And he did it. Of course, he leads a life dedicated to this: at fifteen,  when he had not yet finished secondary , he designed (and built) a motorcycle that worked perfect: the whole village saw him ride on it.

The first of the models he built. Originally presented at the Geneva Motor Show in 1999, it was almost completely rebuilt for the exhibition. It is a carbon fiber monocoque and has a Mercedes-AMG 450 hp engine.

The F of the name is a tribute to Pagani's idol and mentor:   Juan Manuel Fangio  . It is the lightest sports car in its class, accelerating from 0 to 100 km/h in 3.6 seconds and reaches a top speed of 345 km/h and broke the lap record on the Nürburgring Nordschleife circuit.

The development is from 2006 and was introduced in 2009. It is the first to mix F1 technology with aerospace in its design. He also set a record in Nürburgring Nordschleife (this time in 2011). Accelerates from 0 to 100 in 2.7 seconds and reaches 369 km/h. Only ten units were manufactured.

It is the least of which units were built: only five. Combines F and R engineering, in response to a specific customer request. In addition, it is the first of the Pagani to have the homologation to ride the route. Another conceptual innovation: the chassis is ultra-reinforced carbotitanium.

It is the result of the first work of the special division “Uno di uno” of the Pagani factory, responsible for building custom cars. It has no roof and is designed by Pagani himself following his tastes and personal whims. It's not a car. It's a work of art.

The latest product from the team. It performed at this year's Monterrey Automobile Week. It has a 6-liter AMG V12 engine and weighs 1200 kg, the lightest in the team.