Home People Argentines around the world From homeless to entrepreneur

Fernando Otero went from a well-off life to staying on the street. We tell you how he could rearm his life in Madrid thanks to love. 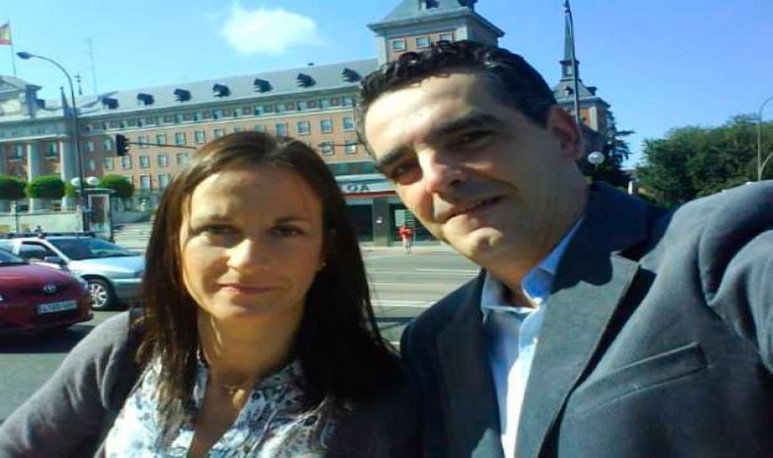 Sometimes we think there are realities far away from us. That “it's not going to happen to me.” However, there are situations where what seemed impossible finally happens.  Fernando Otero had an armed life.  He was married, had a daughter and worked in a private mail company. Everything was going well.

But in 2003, after 9 years of marriage, he broke up.  And then the decline began.  He left his home in the south of Buenos Aires conurban to his family and rented an apartment. But the mood hit was very hard for him, and it began to affect his work performance. Fernando worked in sales, but he didn't sell anything:  he was kicked out and could not continue to pay the rent.

He decided to make a change in his life and settled in   Bariloche  , where his cousin lived. He got a job in the commercial area of a car dealership, but he wasn't lucky with sales either, and his salary was for commission. In addition, he had to pay his daughter's expenses in Buenos Aires.

It was at that time that Fernando faced the most critical situation of his life:  he stayed on the street.  During the day he worked, and at night he slept in a square or at the Casino. To entertain himself in those long hours of distress, he went to an internet café to chat with strangers.  That's how he met Susana.

He started a virtual relationship that grew day by day. Susana was a stewardess and lived in  Madrid . Over time, Fernando was able to get a job at a health insurance company and had started to earn better. He was able to rent a studio and invited Susana to visit him.  It was love at first sight.

She returned to Spain and invited him: she planned to stay 15 days.  It's been 12 years.  After a hard start, he was able to start working.  In 2009, they married . Finally, came the opportunity  to create his own company : today he is a partner of  Knoll Insurance Agency, and is dedicated to selling those insurance in Spain. They have two public service offices in Madrid, six employees and it bills 290 thousand dollars a year.

A great example that even if we touch bottom, it is always possible to get ahead.