Home People Argentines around the world Live what you are passionate about: skiing

Privileged. Daring. Lucas Guiñazú lives what he has enjoyed all his life: skiing. Alternating between the United States and Mendoza. 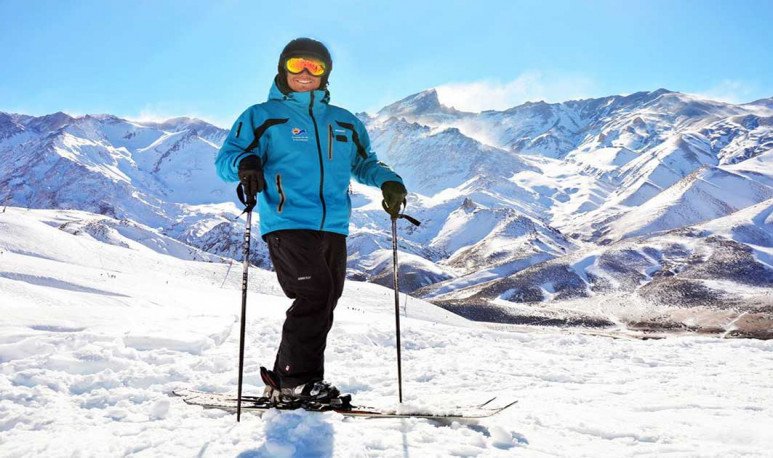 Perhaps, the images from the film  Tonto y retonto  are as close as many Argentines have ever been to the city of  Aspen . Its snow-capped mountains, hotels, shops and not much more, just a memory of our visual memory. However, in the antipodes of that position, there is   Lucas Guiñazú . A 28-year-old from Mendoza, who works as a ski instructor at that Colorado International Center.

He is originally from the  City of Mendoza , where he shared childhood with family and friends, but he also gave time to travel,  from the age of 9, and have his first experiences in skiing.  However, the thing got serious when he studied as  an instructor  at the ski resort of  Las Leñas, in Malargüe. It's just that his father worked there and he went from very young, until he made the decision.  However, Lucas and Ski signed their brotherhood pact in a Work & Travel, a program for college students who, on summer holidays, travel to the United States to work.

At first he worked in a small ski resort, in the United States, but after a few years  he tried his luck in Aspen . Visit that later became routine, as he now travels to the United States from December to April,  something he repeats 9 years ago. Although to this we have to add 4 years more than, previously, developed in Las Leñas.  And after so long, training here and there, he managed to become a professional instructor.

And, definitely, this is a unique experience.  Lucas assures that all this is possible thanks to the support of his girlfriend and his little son.  But also because of the quality of the people, who attend the ski center to unrest and have a good time on holiday. Relaxed atmosphere. And, within that framework, in a rapture of show shows, he says that it is ordinary currency to see famous the likes of Leonardo Di Caprio or Antonio Banderas.

On the other hand,  Lucas Guiñazú was part of the Argentine ski team synchronized with the one who made a podium again in the South American Championship held in Chapelco, San Martín de Los Andes . Other competitions in which Mendoza participated were those of SL or GS and freeride, entering among the finalists also in the famous “Powder8” competition of international relevance.