Breaching local laws, a mountaineer managed to meet his goal. 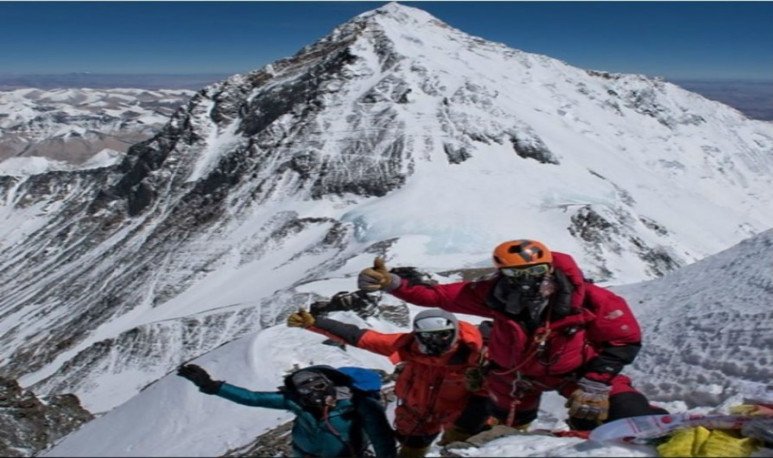 A feat that breaks a little with the rules: it had to be Argentine. Willie Benegas became the only Argentine and Latin American to ski in Everest, an activity that is prohibited by the Nepalese authorities. Along with teammate Matt Moniz, he descended from Base Camp 3 to 2, from 7200 masl to 6400 meters.

Willie is an expert mountaineer, owner of an expeditions company with his brother Damian. He was born in Buenos Aires, but at the age of eight his family moved to  Peninsula Valdes , where he learned to love Patagonia. So he approached the snow in Esquel and Bariloche, and began working as a  high mountain  guide in Argentina, the United States and in the Himalayas. He first went to Everest in 1999 and climbed 13 times to the top. He also participated in countless rescues.

However, this time the  feat  is almost expensive: because he went off on skis without permission, the Nepalese authorities threatened to deny him permission to access Everest for ten years and that he had to pay for a fine of 1000 dollars. The news came to the local press and a group of sherpas showed their support by presenting a document that gathered 150 signatures, stating that the Benegas brothers had helped Nepal's economy by attracting tourists and creating jobs for climbers, guides and porters. Finally, the director general of the Department of Tourism, Dinesh Bhattarai, decided to ignore the daring and feat had the happy ending that Willie had dreamed of.

In those days he spent in the Everest area, Benegas was also part of an experiment to determine how much gene expression changes in extreme conditions whose protocol was established by NASA. For this experience, he and his companion Moniz had to take samples of their own blood, saliva and feces at more than seven kilometers high, amid an unbearable cold that freezes everything and with very little oxygen. The mountain conditions are what make the difference and bring to the limit the parameters that would then be analyzed. The material was then sent to Christopher Mason, a geneticist from Weill Cornell Medicine, New York, for analysis. Their respective twin hemanas, Kaylee Moniz and Damian Benegas, did the same to set a comparison parameter.

When someone refers to Mount Everest, he is not talking about one more mountain; its importance lies, among other things, in being the highest mountain on the surface of our planet Earth. How tall is it? Its altitude is 8848.86 meters above sea level.

Its location is in the  Himalayas  mountain range, on the Asian continent. To be more accurate, it is in the submountain range of Mahalangur Himal, which in turn is the highest border in the world. Divide China and Nepal. It is undeniable the appeal that results for climbers and mountaineers from all points of the globe. However, it's not for anyone. Adequate preparation and training are required, as the height and weather conditions, coupled with the natural hazards of avalanches and the crossing through the Khumbu ice cascade make the adventure a considerable risk Unfortunately there have been much more than a hundred mountaineers who literally died in the Attempt.