Home People Argentines around the world He is 10 years old, is Argentina and breaks it at Atletico Madrid

He is 10 years old, is Argentina and breaks it at Atletico Madrid

We tell you the story of Camila, another of our ambassadors in the world. 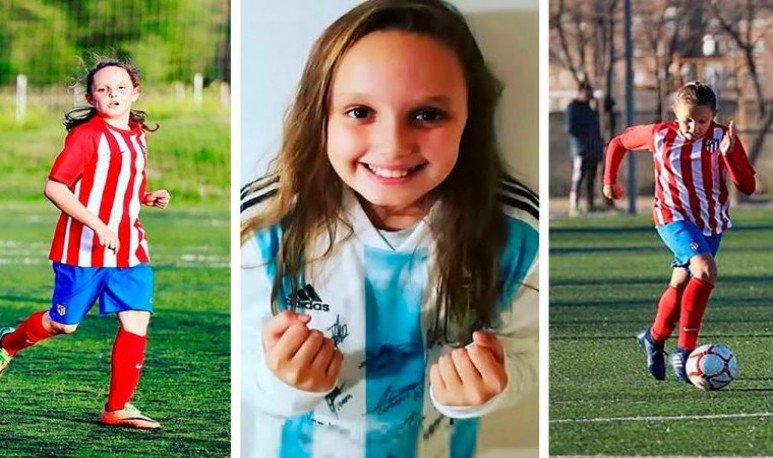 “ My dream is to play in the National Team”: the one who said that phrase this time was not Maradona, it was Camila Duaip Parrilli, an Argentinean only 10 years old who shines in the bottom of Atletico Madrid.
Since I was very young, Cami already had a fascination with football. Her parents tried to write her down at a little school, but the answer was always the same: “She's very small.” Three and a half years ago, his family relocated to Madrid, Spain, and there he gave the opportunity they were looking for. He started playing at school, until the tests arrived at Atletico de Madrid. She showed up and was chosen among 50 girls.
Cami is a defender and today she is one of the captains of the lower ones of the “Colchonero”, a title she won for being a “good companion”. He has been playing there for three seasons and, together with his team, managed to improve the position on the table in the last tournaments.
For Cami, this is only the beginning of the dream: the corollary, for her, would be playing with the jersey of the Argentine national team. Because of your spirit and commitment, we have no doubt that that day will come very soon.