Home People Argentines around the world Gastronomy with another look

Diego Rey is an Argentine plastic artist who ended up working for one of the most renowned chefs in the world. Is he dedicated to gastronomy? 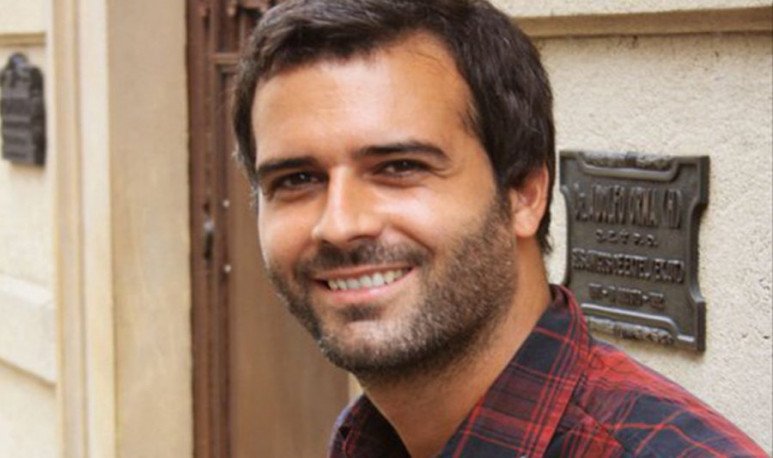 The paths of life often lead us to unthinkable places. Sometimes we know we want something else, but we don't know what happened to them? And all of a sudden, almost as if by magic, the ties come together, the directions are drawn and we end up where we would never have imagined. And that's exactly what we need. Something like that happened to  Diego Rey , a  plastic artist from Trelew (Chubut), who went to   Barcelona     looking for a change and ended up working with  Ferrán Adriá , one of the most recognized chefs in the world. But no, Diego didn't change his vocation for gastronomy.

Let's start with the first thing: who is this chef.  Ferrán Adriá  is a Catalan who spent decades at the head of the restaurant El Bulli  (located in Cala Montjoi, in Girona). It was opened between 1962 and 2011, and was internationally recognized for his gastronomic work. Part of its success was to introduce new techniques, such as deconstruction, which consists in isolating the ingredients of a typical dish to reconstruct it in an unusual way. Your work is interested in the physics and chemistry of food: the so-called  molecular cuisine , does it sound to you?

El Bulli  closed as a restaurant in July 2011, to become the  Bulli Foundation   , a foundation dedicated to research in the creation and innovation of gastronomic science. That's where  Diego Rey  enters the scene. He worked on two major novelties: the archive-museum, which is  LaMulligrafía , and an exhibition laboratory on innovation,  ElBulli1846 , where the restaurant of Cala Montjoi operated.

The story of Diego

So how did the Argentine end up there? Ten years ago,  Diego Rey  needed a change. He had received a degree in  Fine Arts  at the  University of La Plata , taught and worked at the Ministry of Culture of the Nation. He submitted for a Maec Aecid  scholarship  from the Spanish Ministry of Foreign Affairs and International Cooperation,  and won it!  After those two years, he returned to Argentina, but decided that his fate was not here. He returned to Barcelona to do another master's degree in  Philosophy of Art.

His teachers were already working with  Ferrán , approaching  gastronomy from that discipline. In 2012 he was summoned to Diego to join the project, first ad honorem and then as a permanent member of the team. There he does not work on gastronomy: he works on  innovation . It is a creative process of search, research, which is applied to many things.

Diego Rey  would never have thought he'd end up working with a chef, and there he is. Because things often don't go as we planned them, and that's great.