Home People Argentines around the world From Mendoza to Detroit

Today he is a successful real estate entrepreneur. But it does not forget its beginnings in Godoy Cruz, Mendoza. Far away from your current Detroit. 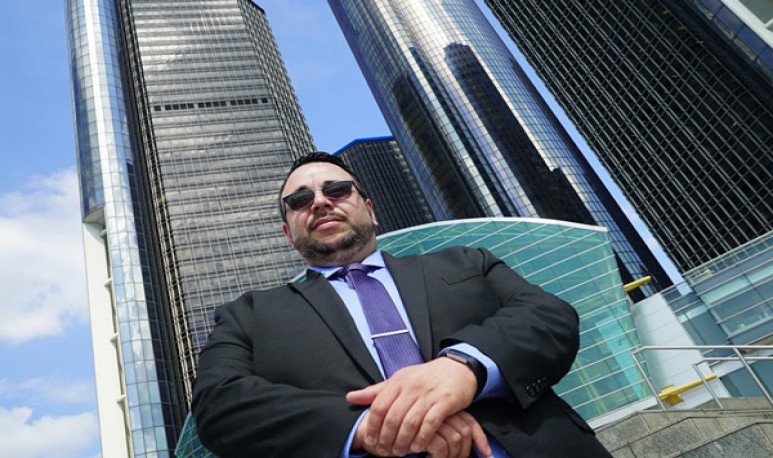 Gastón Muñoz has lived in Detroit since the age of 16 , where he went through all stages, from student to worker in different fields. Finally,  after many years of work, today he has fulfilled the “American dream”.  From Mendoza, Gastón Muñoz took his first steps in the United States with some savings. The businessman's  family  settled in Detroit to start a life of effort and work. In his early years, the real estate specialist trained and learned different trades until he formed  his successful company, Muñoz Realty . An American dream that undoubtedly needed a long time and dedication.

Gastón  was born and raised in   Godoy Cruz . His father had a mechanical workshop and his mother was a housewife. The children helped in the workshop, which was a family business. At that time, the economic situation of the country was very complicated  (when was it not?), especially for a lower-middle class family like them.

Against this background, his family decided to emigrate to the United States.  Upon entering customs, his family feared being deported because they did not have money or return tickets,  as they did not have the resources to buy it. However, they passed the test and set both feet in North America. However, that was not the only obstacle. Speaking another language, being with other people, another country and away from home made Gaston and his family rethink the situation. The chip was starting to fall.

To achieve American citizenship, the family began on a three-month visa until it was able to obtain a work permit. Later, I would apply to the residence and then walk the long way to citizenship. At that time,  there were 9 people living in a single environment. That's when Gaston clicked his head and realized he had to find a way to overcome that situation, work and achieve his goal.

The much-mented “American Dream” was his main goal. But it goes uphill and appears far away. But Gaston says that  there are many opportunities in the United States. All you have to do is   study  , strive, work. Consider it a country where the rules are quite simple: if you work and strive, you can see the fruit.

Do not forget Mendoza

The entrepreneur does not forget about his native Godoy Cruz and the conditions in which he lived. That made him  succeed . Everything they lacked and did not have as small in Mendoza, made them grow abroad. That is why  Gastón is far from repudiating his past and wanting to change it. On the contrary. He says that the situation that he had to live makes them happy today.

The weird questions we ask to Patagonians