A shocking life story that shows that opportunities are everything to be able to move towards success. A Cordovan who went from extreme poverty to being a university professor abroad. 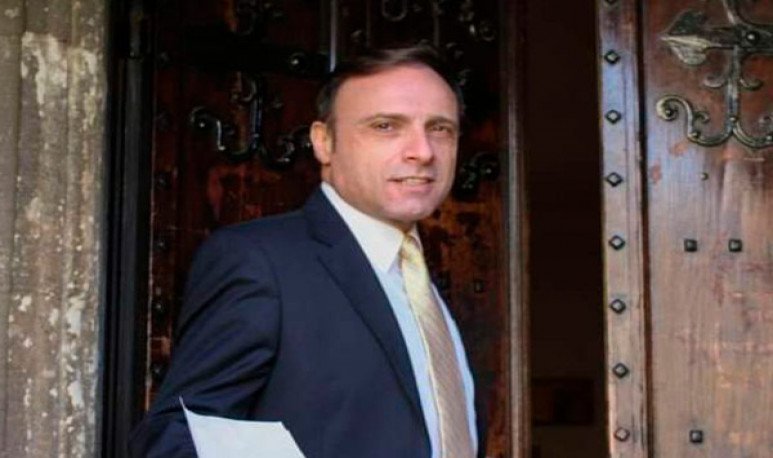 Esteban Cichello Hübner was born in La Falda, Cordoba . Since he was a kid he had to overcome economic and emotional difficulties. His parents broke up when he was very young and  the absence of the father figure  in the house led the family to  extreme poverty.

Esteban's childhood passed on a precarious ranch in the middle of the pastures of Buenos Aires .  His house  was a square of six meters by six, without walls or plasters, with earth floor and veneers as a ceiling. The ranch had no floor, no bathroom, no kitchen. Less heating. There they lived with grandmother Raquel, his son Marcelo and mother Ester with Esteban and his little brother. Raquel, with his  basic salary he was the financial breadwinner  of the family. She worked as a maid at a public care center, something in between a real hospital and a first aid room. He was the one who brought the bread to the house, until his tragic death  in a road accident  with no more  responsible than an alcoholized driver.   Without it,  the family is devastated, in destitution.    After that tragedy , Esther was in charge of her two children and a little half-brother,  without employment, no light, no water, nothing.

One of the facts that marked his childhood was work. It should be noted that, as adults,  we must take care of children  and ensure that families do not lack anything, so that their children can play in peace.  Esteban started working at the age of nine.  He was doing it at the Lolita Pantry, from 9.30 a.m. to 12.30, since at that time  he had to enter school . In the pantry, he cleaned the refrigerators, accommodated boxes and wrapped eggs with daily paper. While his experience was good and part of a touching story,  child labour is illegal and should not be a reality.

On the way of life,  her mother was married again  and she had two more children: Mark David (who died at age 20 from overdose) and Claudia Naomi. They improved the ranch a little, they already had electricity, but not much more.The problem was that  Ester's husband was a puncher and an alcoholic.  There was little room for so many people at the ranch. So Esteban lived for a while in the house of some paternal uncles who had lost a son and adopted him with pleasure. However,  the coexistence did not last long , as her aunt became seriously ill and  Esteban had to return to the maternal home.

Without opportunities it does not work

Esteban began with  the search for other jobs  while continuing with his studies. At only 16 years old, no one was dying to give it a chance. But on a stroke of luck , he managed to work for a dental lab  handing out dentures, bridges and crowns. Going to work one day, on a train, he met a gentleman who told him he could give him a job. He was  the founder of Festo Argentina , a  German industrial automation company that put him only one condition: he  should continue studying.

He complied.  Esteban finished, in 1987, the secondary specializing in letters.   After several years attending school on the night shift, at the Juan José Paso National School, in the Once district of the capital, he was received.

His next job was at Hotel Conquistador, Suipacha Street. At that time, he became obsessed looking at another hotel in the area: the magnificent Sheraton. Polite, short, enterprising, bold, super-neat and stubborn like no one... he got a position in the successful hotel chain. I had to spread messages  across hundreds of rooms . One day he was offered to go to  work at the Gemini Hotel  in Las Leñas. He was encouraged and settled in Mendoza. Since he didn't have to spend on the mountain,  he gathered money to begin to realize his fantasies of knowing the world.

Work and study around the world

Stephen was 20 years old  and came to know Israel,   one of his initial goals . He settled in Kibbutz, where he harvested avocado, made bread, cleaned chicken cops. At five months he got tired of that rural life and  decided to try his luck on something else.

He went to the Sheraton Hotel in Tel Aviv and, without shame, asked to see the General Manager. They asked him who he was and  replied smilingly, “I'm Sheraton Argentina.”   The General Manager took care of him. He told him that he had started as a waiter at the  Sheraton in Frankfurt  and told him that he knew very well what the effort meant. Stephen knew little and nothing about Hebrew, but they took him as a “keygiver” alike.  Since he had no money , those first thirty days, he slept on the beach in front of the hotel. When he took his first salary, he rented a room in Moroccans' house. He asked  to work night shift in order to study Hebrew in the morning.

But a dream that he had not yet fulfilled was still intact: to study at the University of Oxford.  In fact, between the pages of his Torah, he had put as a cabal,  the postcard of the building.   He sent applications to the most famous universities on the planet. The surprise could not be bigger when  four of them responded to him that they had admitted it: Oxford, Cambridge, Johns Hopkins and Stanford . But there was a problem: for Oxford he needed £11,000. And he didn  't have one .

Without opportunities it does not work II

He started applying for various scholarships . He got some, but he couldn't get the money. Then he decided to ask the institutions for  an extension for one year  in order to put it together. I needed to work on something valuable. He went through Japan, France and many more countries  looking for economic solvency.   Until the day of the big news came,  they had decided to award him a scholarship to the University of Cambridge.

The joy was not total because his obsession was Oxford. He dared and asked for a meeting with the British Council's scholarship committee. He convinced them:  they gave him a scholarship to Oxford,  but only for two years.  The race had three . He accepted the same, he'd have time to see how he solved it.   He ended up studying three races in Oxford without ever paying a sterling.   Not only that: he became a professor at the most prestigious institution in the world - almost a thousand years old - he directed several of his programs and was a tutor of students from all over the world.  He also studied at the University of Salamanca in Spain  and served  as a professor at the University of Cambridge.

Today, he knows seven languages, has three university degrees and is a professor at Oxford.   Esteban reflects, from a very distant place to his initial poverty situation  :  “The sesame of my life was reading (...)   I refused to be poor with words. I was passionate about dictionaries. Since I couldn't get the money to buy them, I started to collect some black wires, burn them and then sell the remaining copper. With that, one day, I bought an English dictionary.”

The history of this Cordovan is unique and striking . And it shows us, once again, that without small opportunities, help and awareness of others, success  is unattainable.    Building networks, forming bonds and forging personalities is everyone's task.   And there is one thing that we should work as a society so that it never happens again:  we must not allow children to be working to bring bread home.

Esteban's story has a happy ending and it's a film.   But the reality of many families is  far from getting trips  around the world or even entering a university even if it is National. The story of this professional is a pride, and for thousands of Esteban more, we should not focus on children with violated rights to work harder, but on  guaranteeing them the minimum and basic conditions for a dignified life.

From Ser Argentino we congratulate this exceptional professional, and we appreciate his life story as  an example of resilience.