We tell you the story of a Cordovan who, after touring the world, established himself as a magician in Egypt. Take matte... 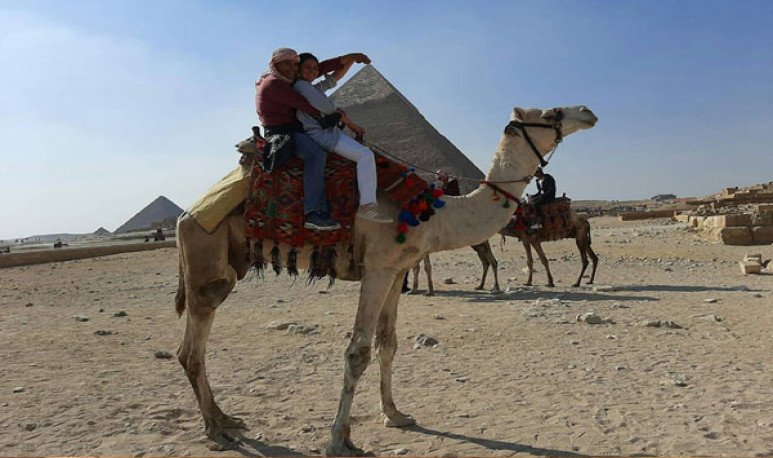 It's the literally magical story of Ariel Heredia.   A man who dreamed of being a part of a circus since childhood. Today, from Cairo, he tells his story and makes a review of all his adventures.  Despite so many years away from  his hometown,  Ariel retains its characteristic tone and Cordovan customs.

He was born into a traditional Cordovan family , with a circus fan father who always told him stories about when he was a boy and worked at the Circo del Tachuela in Córdoba, which belongs to the Muñoz family. Ariel grew up sucking those stories. And, every time a circus came to the province, he would run, excited to ask for work whatever it was. I wanted to sell, clean, order, whatever it takes to be close,  breathing circus art . In order to take advantage of  and visualize the stories  that his father told him. And this love took him away... 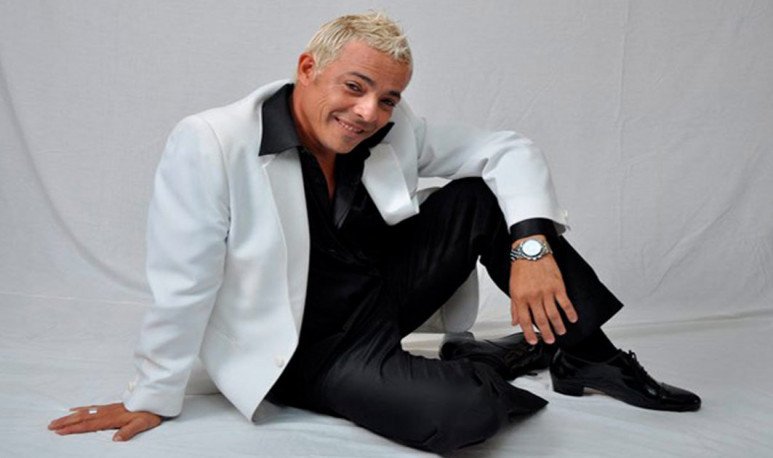 “ I ran away from my house at age 13 with a circus.  Obviously my old men went looking for me from my hairs and brought me from one ear back to the house.  I ran away three more times  until they understood that I loved that life, that I really liked the circus. So, with the permission of my elders and the consent of the owner of that circus, because I was a minor,  I left with the caravan . I started working as a pawn, arming, disarming, helping artists on the track, until Cotito - who is one of the best Argentine clowns, from the Segura family - gave me the opportunity... In that case the opportunity was for Luis Segura. Cotito was his father-in-law, who was the chief clown, and he gave me the opportunity to work with him as a clown.   That was my first performance in a circus,”  says Ariel, and the voice shows the picardy of that 13-year-old boy.

Once he was experienced, he was going circus to circus.  Within the country he traveled throughout the provinces doing functions and living different experiences.   Many seasons passed until he returned to his native provincial.  But he went back to another circus.   Then he went to Rhodes at the height of the company.  It was the golden age of the circus, and Ariel took that opportunity to learn a lot more.

So he met  his second love (his first love was the life of the circus): magic .   “ I was passionate about magic and began to prepare myself to be a magician. I started to make my own devices since magic is very expensive. I became a self-taught. I worked for many years as a magician in different circus shows in Argentina.”

Today, he has a daughter and a woman, with whom he travels everywhere .    “ We are very nomads.  We, for example, are now in Cairo. Last year we were  in Argentina for two years.  Previously, we spent  a year in Central America.   Six years ago when my daughter was born we were also  a year in Central America.   I spent  12 years working all over the world,  because I worked on cruises.  I've always traveled.   I've been very lucky. And always doing what I like, right? What is magic. I was working with the doll, I'm a ventriloquist. His name is Benito,”  says Ariel, with his special tone. And his eyes are illuminated, just doing  a review of everything he lived.

He says that, despite being born in Córdoba, he is multi-provincial.      “ In Catamarca, it's my old lady's house. It's in the Altos de Choya district. My wife, Crisitina Ponce, was born in Tucumán,  but is established and raised  in Catamarca. My baby was born in Guatemala. And when I was already 2 years old we nationalized Argentina.”

From one day to the next, the proposal was to go to Egypt... : “We had finished working with the Yovanovich family, the owner of the World Circus, which is  one of Argentina's most important circuses like Servian, like Rhodes.  And we had stayed in Catamarca. I was doing a job - I manufacture magic devices to sell outside- and he called me Ibrahim  who is our representative .   He offers me to come to work in Cairo. It was very weird,  because at first I said, “Yeah, okay, let's see the pyramids,” and then we got the fear.”  Ariel tells how it was that return of life that led him to  live in a circus with animals and immersed in a new culture:  “(...) one says “no che, but the Arab countries, Egypt, will it not be dangerous? And we came like this until we got there. But after several days we were able to see that there is a false propaganda about what Cairo is, what Egypt is and what people are.  You can walk in the street here.  So you have an idea: in the middle of the market where you practically walk like an anthill, you can go with a state-of-the-art iPhone on a selfie stick, recording and counting dollars in the other hand, and nothing's wrong with you.   There's a lot of security. The people, the Egyptian is very kind. They're very nice. As an audience, they're excellent.  We were pleasantly surprised  because obviously we came with that fear , with which many comrades said to me, “You're crazy, are you going to Cairo? There you get a bomb right away.”  Nothing to see. Nothing is further from reality than what is said there .”  The artist  continues to spread his magic, and knocking down myths.

Today it is located on the banks of the Nile,  coexisting with the Khamsin wind. Ariel changed his native and mountain landscape to completely different climates and a totally different culture. Currently,  he plays as   one of the main characters of the World Circus.  This is how he lives his daily life , bringing his magic in very distant terrain.

His home is like a motorhome, but without wheels:  “We call them caravans,” he says. And he describes the postcard of his current circus neighborhood. A passageway, with many  corridors in which these caravans are installed  within which various star personalities of the show coexist.  The circus in which this Cordovan magician offers his functions, responds to the collective imagination.   A giant tent with people and animals. Despite the widespread struggles for animal welfare, Ariel says:  “Here the circus has animals... There are lions and tigers... And this is normal in all circuses in Africa.”    A very strange reality for Argentines, who in the middle of the pandemic continue to fight against animal abuse  and even, in the native province of the magician, managed to close the provincial zoo  .

But that is not the only difference,  in the middle of the pandemic Ariel continues with his surprising numbers, as the circus continues to work    .  “ Unlike what happens in Argentina,  circuses are working here . We at the moment have two performances per day with public. Here in Egypt the issue of the pandemic was handled very differently than elsewhere. And the statistics show that that worked.”

Ariel transvaded to spread his magic, with colors, costumes, rhinestones and glitters.  All his work suits are made by his wife, with whom he lives and shares the days.  “ We're doing an act together. It's an act of quick change, which is a quick change of wardrobe. It's a magic number where we make fourteen costume changes in two minutes.   She's been working with me for seven years.   And we have been together for eight years as a couple.”  Thus,  the family gives its functions in the middle of the pandemic. They share, with the care demanded, the joy of continuing to work and sharing their art.