Home People Argentines around the world Fabricio Lucero Nellar: the sanluiseño who caused a furor in the Vikings series

Originally from San Luis, Fabricio Lucero Nellar was furor with his performance on the Vikings series. 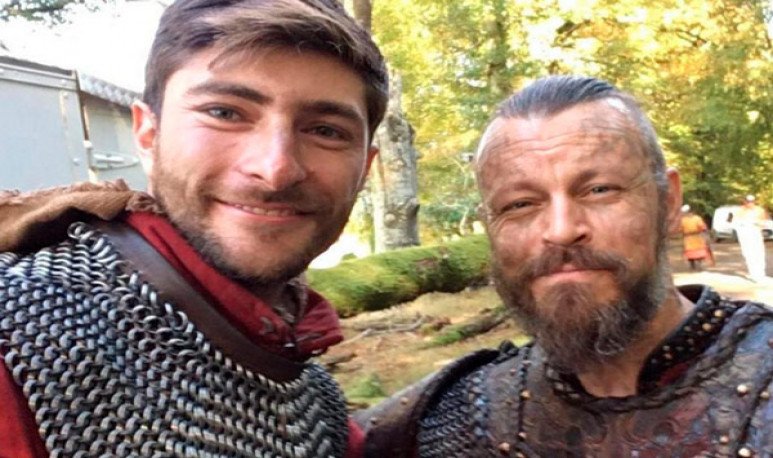 Born in San Luis, Fabricio Lucero Nellar was working as a  lawyer  in Cordoba. After thinking about it, he decided to travel to Ireland to take new airs and improve his English, which was a basic level. After having learned enough, he would return to France where his girlfriend was living. But, without looking for it, he ended up being part of the cast of the acclaimed Vikings series.

With 27 years in his being, Fabricio found out about works according to his level of English, leaving for foreign lands with the  purpose , perhaps simple, of learning more about the language. But, before going, he already knew in advance of the casting of search for new actors for the Vikings series. In doubt, he took a picture dressed as a Viking with bow and arrow, to send to the casting. To apply, a number of requirements must be met: residing in Ireland, opening a bank account, having the social security number and the visa. While going to Irish lands did not cost him so much because he had already decided to go, everything else consisted of a long process he could complete. Already in Ireland, he went to the casting, took some pictures, asked him a few questions about his work experience and filled out a form. Weeks later, he was called on the phone telling him he had become part of the series.

Being a fan of Vikings as well as his friends and family, a tremendous happiness filled his soul upon hearing the news. His relatives also felt the same, looking forward to Fabricio's acting debut. Before starting with the recordings, he had to prepare with other actors. To do this, he attended marching classes, to use the shield and sword. An Irish ex-military was the one who taught them to fight like real Nordic  soldiers  . 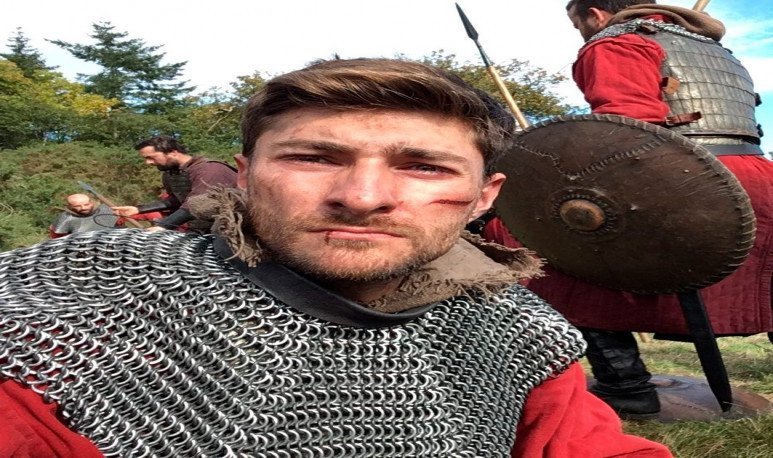 The surprises in the filming

When he reached the main set at Ashford Studios, he was pleasantly surprised by the  construction  of Kattegat, the Viking city. It is a path to the past that left him speechless when appreciating such a display of scenography. He felt he was walking in the past, Nellar told local media. Another issue that took him unsuspecting is the number of hours of filming for only 30 real seconds that would go on the final film. Surprises didn't end there. When they had to record scenes with extras burned completely, he was shocked. This was done thanks to a special fire retardant cream which then, when the fire starts to burn, is extinguished with fire extinguishers. It seemed to him eternal the five seconds that the extras should be set on fire for the scene.

Filming for Fabricio, who was not used to the environment, was quite sacrificed. Every day a traffic passed through Dublin city centre picking up the actors and from there to Wicklow, filming location. They started shooting at six in the morning and finished at seven in the afternoon. In addition, the rain was constant in those places. That's why they had to stop filming until the showers stopped. Sometimes they had to wear rain coats and continue recording due to the times proposed by the production. It is worth noting the huge amount of extras on the set, there are so many that even the camera does not get to focus them all. This is remarkable in the mass battles that took place throughout the series.

The young man was fascinated by the excellent experience that, surely, marked his life forever. He will never forget his teammates, who were already working there for five years. In Fabricio's own words, “they already thought they were real Vikings.” Finally, he told local media that his character dies on the battlefield. They still let him watch the entire recording of the final chapter.

Nellar is currently living in Sydney, Australia, and these anecdotes are often told to family and friends. A sanluiseño, Argentine, who shone in a multi-award-winning series is worthy of admiration for such an achievement.