Home People Argentines around the world Ester, a Rosarina voice in France

Ester Stekelberg is an institution on Rosarina radio. But life took her to France almost two decades ago. 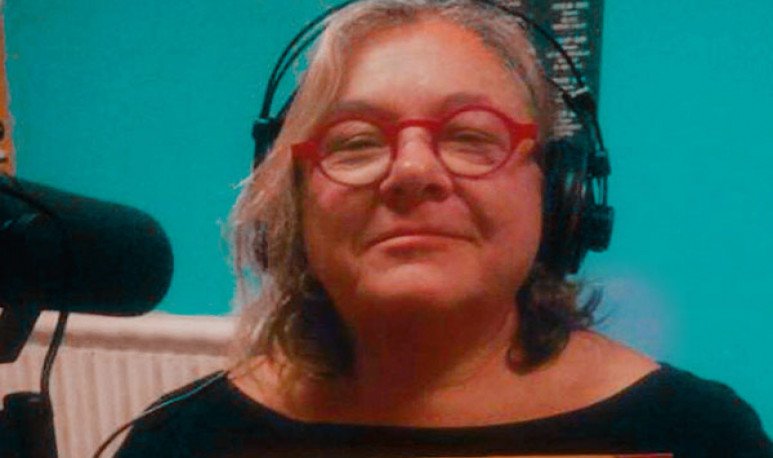 Ester Stekelberg  was a taxi driver, broadcaster and radio producer.  Also a trade union translator and teacher. Today he lives in  France , with a very particular story.

In 2000 he was suffering from a disease where he could not leave his house, and began to chat in French, he did so at the suggestion of a colleague who assured him that he would recover his language. Not only did he regain his tongue, but he found a love of Gallic origin.  Today, life is found in Yerville, a village in Upper Normandy, 178 kilometers north of Paris  and very close to the English Channel. Esther has dual nationality, vote, and militates in the village where she has her husband. But he was never one hundred percent in France because  Rosario is his son, daughter-in-law, grandchildren, friends and profession.

So Stekelberg's still doing  Hypotheses  from Yerville.  Hypothesis  is a historic rosarino radio program . It was created with Eduardo Aliverti and Miguel Ferrari in LT8, and has just turned 35 . Ester has been 32 years, from one country and another, and for her it's not just a radio program. It is a school of life, where many of its teachers were and are.

But it wasn't always like that for Stekerlberg. She says  that radio was the “sino” of her life , since she was born in  St. Louis  and Mitre, in Art Deco Palacio Napoli. The only daughter of a laburant family, with a Ukrainian father and “radio serial listener”, who was carrying her hand to sing to the Ruxcolitos club, a Sunday show of Radio Splendid (former LT2), then located in Corrientes and Santa Fe.  And a teacher mother who did not practice as such and who also took her by the hand, but to learn French.

A radio woman is brewing

She remained glued to the radio while working as a  taxi driver  in Rosario. A female version of Rolando Rivas who walked through the Rosarinas streets until he crashed.

That's one of the stories, actually. Because Stekelberg, among other things,  had studied French and went to the court every Sunday  when Central played local.

Esther lived  her time as a student in the seventies . A whole stage for young Argentines. In 1984, her husband told her that, in the newspaper, there had been a notice about the Vigil School of Voice  , by Quique Pessoa, a journalist she listened to. He is offered, while studying, an internship at LT8. At that time it was marked by the fact of working in radio production at a time where women were few in decision-making places.

And there came a key moment:  she joined a group called the Qunquias (Cicuentones), although she was a quarantine. Someone from the group told him that he had read an Argentine book:  Marelle (  Rayuela , by Julio Cortázar). Thus Esther ended up dating Michel for two years, to whom he lovingly says “Mich” and becoming his partner after celebrating a wedding.

With  coins  he had saved in a bottle he bought a ticket to Europe.

In a second installment,  we'll tell you how a new life begins  in France for this woman on radio rosarina.