Home People Argentines around the world Cristina Invernizzi: The Wolf of Wall Street is Cordoba

We tell you the story of a Cordovan who found love on Wall Street and with an iconic character from the NYC stock exchange. 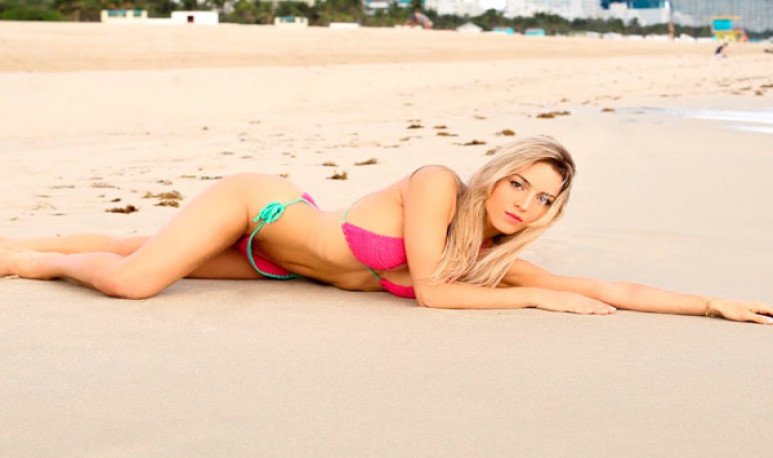 In this note we tell you the story of an unexpected love,  which arises between a Cordovan and the Wolf of Wall Street. This is the  Lic in Human Resources, Hammer and Public Corridor,  actress and Cordovan model   Cristina Invernizzi. A woman who, with her intelligence, humor and audacity, fell in love with  one of the most iconic characters  in cinema and who  exists in real life.   We're talking about  Jordan Ross Belfort,  a lecturer and former  broker,  who is known for having been  convicted of stock market manipulation, money laundering and other high-finance-related crimes  .

The life of this man was the inspiration of award-winning director Martín Scorsese  to produce the famous film The Wolf of Wall Street.  In this film recommended by all, the stockbroker presents himself as a  successful, addict, womanizer and uncontrolled man  who eats the world , starring Leonardo DiCaprio. 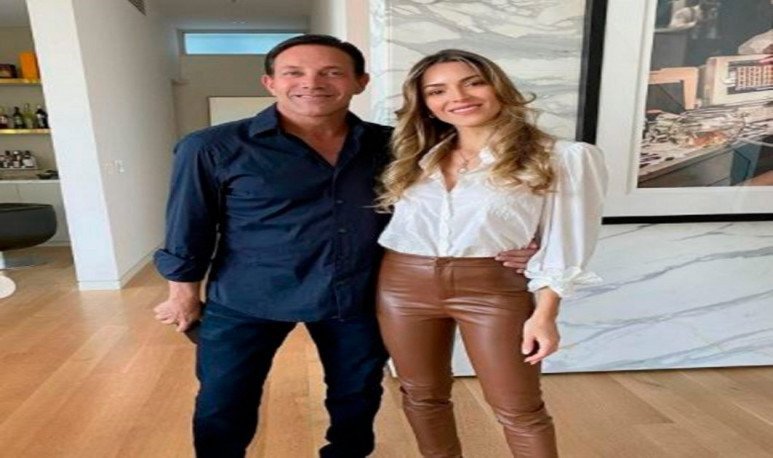 To be among so many people

Cristina and Jordan met just over a year ago in Mexico.   With an age difference of over twenty years and with a super different mother tongue,  they fell in love.   It was in a Mexican bar that, at the end of 2019,  these roads were crossed  to meet.

Cristina had been installed in CDMX for a few months, she had traveled  to try her luck in the big Latino producers . With his bet, he came to have a minor participation in the strip  Cita a Ciegas, of the Canal de las Estrellas, after having been working for  seven years in independent plays in Buenos Aires.

He, for his part, had gone to give a talk to Guadalajara, as  his life experience enabled him to be a lecturer.   In the middle of the bar, talk goes, drink comes, one thing led to another. They took a picture together and social media did the rest. They kept in touch over the internet, and Cristina, with the help of a translator,  could follow the conversation  in a fluid way . The connection occurred despite the language barrier.  From minute zero, the Cordovan tried to clarify doubts about  the dark past of the famous American, as  Belfort's name on Instagram lives up to her biography on the big screen : @WolfofWallSt.

Go up and down from life

Before this  love without borders arose,  Jordan spent a lot of experiences. Among them,  22 months in prison for fraud, financial manipulation and money laundering in 1998.   This stage prompted him to write the  bestseller  in which he  narrates his dizzying rise and fall in the New York financial market.  In this work he comes to share all the details about how he came to earn a quarter of a million dollars a day and caused losses of around 200   millions dollars to investors .

Today, he's been sober for 25 years:   “It's very easy to get corrupted on Wall Street. Not that I blame Wall Street for corrupting me, but  a lot of people get seduced by the fast money and all the admiration and power  that comes with.  I was wild and womanizer, but I could go back to being the person I was before  all that. When you're sober and don't use drugs, it's very easy to live a different kind of life.”

Today, Cristina and Jordan live in Los Angeles together.  They raffle the distances with their respective loved ones  travelling, whether for leisure or on business.   And, each,  is well integrated with each other's family .

“ When I met Jordan my life took an unexpected turn,” says Cristina.  “ Jordan is from New York, but he lives in Los Angeles, and I had been planning  to go to Los Angeles for     an intensive English course,”   but  the global pandemic had other plans  for the new couple.  “ The quarantine together 24 -7 was a test of fire and we got on super well.  We had fun in the simple.  No walking, no seeing friends, without going to restaurants: it was the  two of us, without decorating.  I get along very well with their children,”  says the Cordovan. The Wolf of Wall Street is the father of two young men: Chandler, 26 and Carter, 24, the fruits of his marriage to Nadine Caridi, who in Scorsese's film is performed by Margot Robbie.

Cristina and Jordan's story is much more like a love comedy,  in which the ending is happy: it has nothing to do with a black comedy  like The Wolf of Wall Street.