That's how we are, we are born where we want. We tell you the story of this Cordoba who was born in Tucuman and is now in the Philippines... 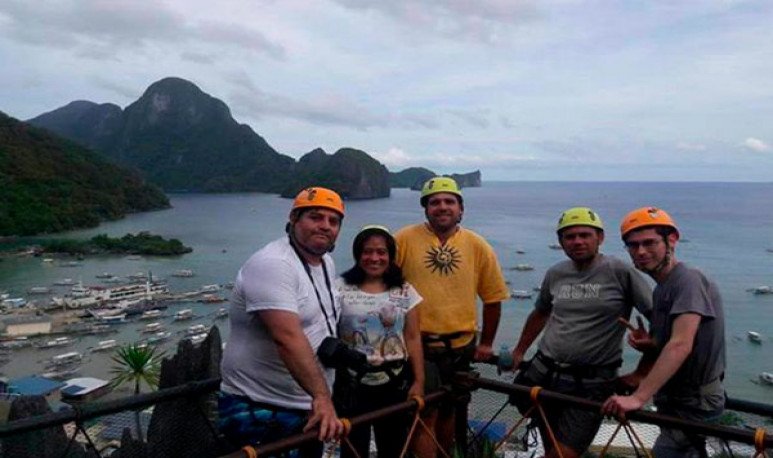 Nicolás Guglielmone was born in Tucumán, in Tafí del Valle.  At less than a year, his family decided  to move to the city of Villa Allende, where he lived until the age of 40  . At that age he had  acquired enough tune and love for fernet, that is, he earned Cordovan nationality. But life had other plans for him.  He left the city of his wanderings  and memories, to travel and settle in an unexpected corner of the world.  Today, from Manila, the capital of the Philippines, tells its story.

Despite being born in Tucumán,  Nicolás says he is     “good Cordovan,  because Cordovan is born where he wants”.  In the midst of the decision to move, and start a new life,  world quarantine began . Now, with this particular situation, he tells how daily life is carried out on  that Pacific island.

If you went to an island, what would you take

Gugliemone tells about  the great allies in the middle of this adventure.  Because he had  to learn a new culture and embrace it  because the Philippines  became his new home.  Unlike Cordoba and its sierras, where the best allies are fernet and roast, Nicolás   says that “the fan is a great friend,  because you have fans everywhere.  You have rice for breakfast, snack, lunch and dinner.”   In addition, he invited all of the  summer team  to inhabit this beautiful island. He says:  “And those who don't like winter, here you can spend a full year in t-shirt, shorts and buttonholes and there is no jacket.”

Nicholas fell in love and that's what  changed all the plans of his life .  He formed a family in the Philippines,  and he tells that his son is half Filipino, half Cordovan.  From such a stick such a splinter, as they say, since he also identifies himself within that cultural hybrid. He fell in love with  a woman who opened the doors of his home and his country.  Today, Nico says some phrases in Filipino  and he also manages with English.   a friendly routine that preserves the customs of these two worlds,  generating your life in  the Philippine style... A mixture of Filipino and Cordovan.

From La Docta to Manila

From the heart of the Argentine country, in the south of the American continent, to an island in the Pacific Ocean.  That was the decision and the trip that Nicholas  decided to make out of love  . From there he communicates with his friends and family he left at La Docta.  Manila is the capital of the Philippines and its second largest city in the country by population.  The city is located on the  eastern coast of Manila Bay, on the island of Luzon,  next to the mouth of the River Pásig. It has  many tourist and strategic points to visit,  but also  with many curiosities  for a Cordoba.

Lots of traffic, lots of people

Gugliemone tells that one of the things this city has is  its chaotic dynamic combined with a tropical climate.  With all the nice and bad, it  's still an island to enjoy.   “ To do 10 km you need an hour or two, but you get used to it,”  he says.

With these data,  we understand why a Cordoban is surprised by the traffic of an island in the middle of the Pacific...