Home People Argentines around the world Argentinians in the world: a tucumana sells exquisite products in Spain

Argentines in the world there are many, as is the case of Luciana Saade who, through her venture, is in search of more Spanish palates. We tell you his story. 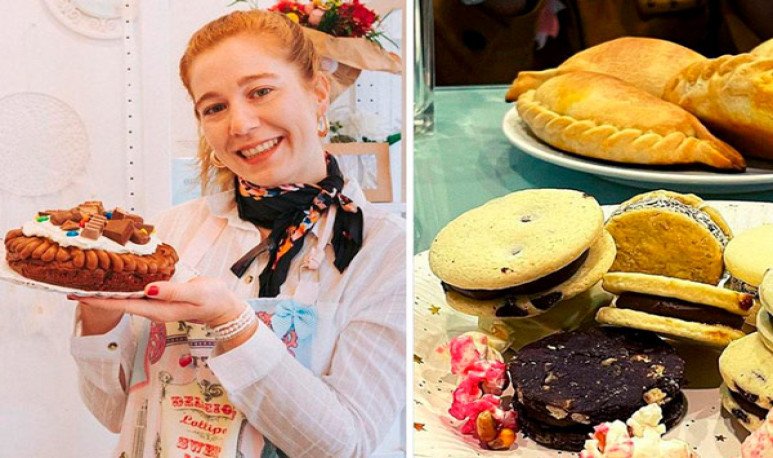 Tucumana   Luciana Saade  , 28 years old, holds a degree in Social Communication. He went to Spain and, thanks to the impetus given him by his friends, he decided to sell alfajores in that country, the idea of entrepreneurship began when his closest people tried his Argentine alfajores and proposed that he sell them to them. In this way, it began with the mini-entrepreneurship that during the pandemic was enhanced. Thus begins the story of a Tucumana who decided to undertake in Spain, in this new edition of “Argentinos en el mundo”.

Last year, Luciana was encouraged to look for more customers and opened a place in a Madrid neighborhood of Guindalera, a few blocks from the Plaza de Toros de Las Ventas. He initially sold about 10 and 15 dozen a week and now makes about 50.

In order for your customers to enjoy rich  alfajores  well Argentinos, tucumana imports dulce leche from our country and produces various varieties, such as traditional cornstarch, marplatenses dipped in chocolate, and also for those who love coconut and oats is an option that Luciana has incorporated.

As the owner of the project, when the pandemic began, the tucumana was an entrepreneur like many others who had to think how to move forward, then she boosted her entrepreneurship in social networks and once she gained a considerable number of customers she began to offer home deliveries.

While at that time, when businesses were barely beginning to close throughout Spain due to the health crisis, Luciana did not lower her arms and continued to offer her alfajores to the Madrileños. And so he's still in the race with his venture called  CoCoMAD . Tucumana cooks, dispatches and also manages the social networks of your Argentine pastry shop. A noteworthy fact is that it also offers the incomparable  tucumana empanadas, as a plus in their venture, these are cut by knife, and has become another highly requested product of your business.

But that's not all, now that the holidays are approaching the end of the year incorporated a line of regional products from  northern Argentina , and also as it is already about to be a year since it started with his business, which was on December 30, 2019, put all his efforts on Christmas packages and expanded its menu with biscuits, cakes and pastafrolas. Of course they all have a hallmark, ours: the Argentine label.

And, if Argentines in the world are in this new edition, it should be noted that the graduate in Social Communication Luciana Saade also toured the United States, in that country she was for a time intern with the Spanish CNN and, two years later, decided to study Communication and Communication.oacute; n Politics at Universidad Alcalá de Henares.

In this way, Luciana supported by her Spanish friends who encouraged her to undertake, this venture of Argentine alfajores in Spain was born. At the beginning, he evaluated a small market study where he made them try alfajores to several people and asked them if they liked and how much they would pay for their product. The enthusiasm and the votes of confidence given by its circle of friendships made tucumana today delight the Spaniards with one of the best Argentine delicacies: the alfajores, and to position its regional cuisine in Madrid it offers the tucumana empanadas that promise to revolutionize Madrid.