Guillermo Faivovich and Nicolás Goldberg present their exhibition “In search of the inn of Fierro”. 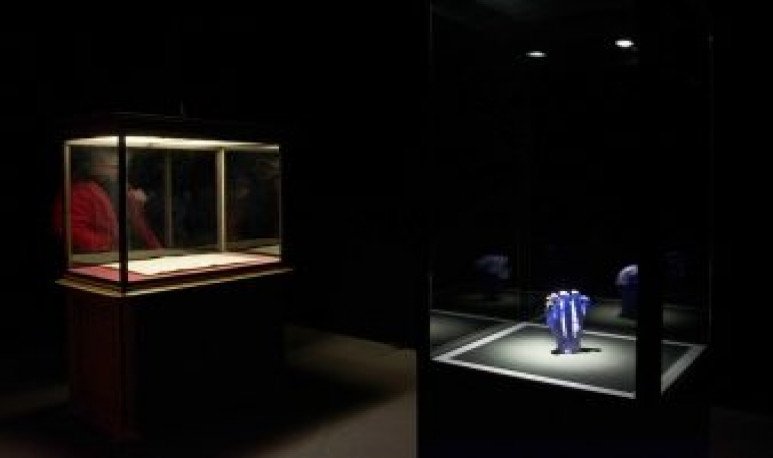 The duo of Argentine artists Guillermo Faivovich and Nicolás Goldberg will exhibit until March 11, at the Museum of Natural History in Vienna, their exhibition “En busca del Mesón de Fierro”, a series of works linked to an investigation into the Campo del Cielo, the site of the province of Chaco where 4,000 years ago fell a meteor shower.
Over the past twelve years, the duo named Faivovich & Goldberg has developed all his practice — videos, installations, photographs, drawings, paintings, sculptures — around this scientific and artistic research that analyzes the cultural impact of the phenomenon that left its traces in the southern Chaco area bounded by 15 kilometers wide by 70 long.
“ We explore, through historical research and fieldwork, the complex relationship of human with an object that is not even of this world. Campo del Cielo is a narrative machine that gives off countless stories. It is fascinating to deal with an object older than the Earth itself,” the artists tell Télam as they prepare to open a similar exhibition on 14 March at the United Nations headquarters in Vienna.
The Mesón de Fierro is the name of the first meteorite reported in the Americas, a mass of that metal of approximately fifteen tons, which was mentioned in 1576 by Spanish conquistadors who had been driven to the site of impact by members of the native peoples.
The museum's room text highlights that this meteorite received numerous visitors over the next 200 years, but then mysteriously disappeared and became a myth that attracted “adventurers of all kinds”.
Since their first excursion to the Field of Heaven area in 2006, Faivovich and Goldberg have searched for traces of this lost fragment and after extensive research in libraries, archives and collections around the world, behind clues and traces, found in the collection of the Viennese museum a 19 gram fragment apparently associated with the Iron Inn.
The Museum of Natural History in Vienna has one of the largest and oldest collections of meteorites in the world and it is there, in the mineralogy wing, where Argentine artists exhibit their works.
Inaugurated last November, the Argentine exhibition includes, in addition to the meteoric fragment, a map published in 1884, a painting depicting the Mesón de Fierro in life-size, based on a drawing from 1783, and a sound piece reproducing music and songs of the Mataco and Chorote ethnic groups, recorded in the Gran Chaco during the years 60.

Attractions of the date