Home People Argentines around the world Are we better than Germany?

According to the confessions of a Mendoza who lived in Berlin for more than 10 years ago, Argentines are better than Germany, at least in one aspect. 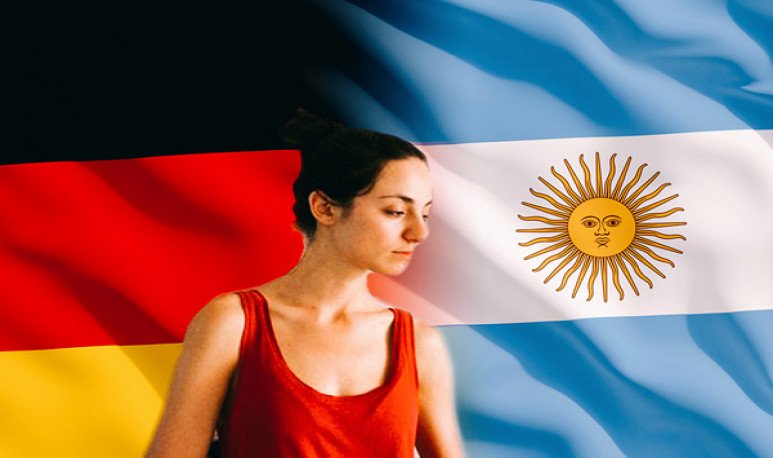 Comparisons between countries about their cultural, economic, idiosyncrasy, hospitality and other factors are very common. Some famous politician in our most recent history once said that  there was less poverty here than in Germany, for example . But, also, ordinary Argentines, “on foot”, as we say in Mendoza, recognize other types of differences in our favor, which are a little more credible. For example,  many agree that we are more open to social relations, new friendships and to integrate a third party into our group so that we are not alone.   Somehow, we're more hospitable. However, there is one aspect in which Argentina also seems to be better than Germany, and it is in the awareness that is being made in terms of gender equality and respect for women.

Alexia Manzano is a 30-year-old Mendoza artist who has been living, studying and working in Berlin for more than 10 years  . He was born in Mendoza,  at 19 he went to Buenos Aires to study at the UBA and, after three years, decided to go to Germany.   He managed to enter the famous Bauhaus school of art, architecture and design. This house of high studios was founded in 1919 and is considered  a UNESCO heritage site. Currently, in Germany, he works on what is known as artistic mediation. She defines it as a bridge between a museum and a group of people. Alexia goes to a museum, works with the contents and then approaches them to a group of people to transmit them horizontally. Some of the works are self-managed and, for others, they call it from museums

The artist from Mendoza went to Buenos Aires at the age of 19. It is that,  in Mendoza, he felt like toad from another well, recognizing that he dressed in a more “geek” way, feeling out of context.   Once in Buenos Aires, he was studying three years. And while he was comfortable with what he learned, his craving was to study photography.

Driven by this goal was that he arrived in  Germany in September 2009 . But entering such a prestigious university as Bauhaus is not an easy task. You first have to send a letter of motivation to explain why you want to be part of that school. Then we have an interview which reinforces the concepts about the reasons why we want to attend that university, but it is also time to know the level of languages that one manages, the motivations and aspirations we have to reach such a different society. Finally, something that always helps is to have some family connection with the country where you travel. In Alexia's case, part of her family is from Germany.

Alexia leaves Germany once a year to come to her native Mendoza and visit her loved ones. He likes to remember and breathe the air of the City where he lived 19 years. And on his last trip, in early 2020, he confirmed a relatively encouraging fact for a society like Argentina, which many consider lost.  Alexia highlights the advances of  feminism in Mendoza and in the country, in general. He says that this phenomenon is much more important here than in Germany. There is a change of attitude in people. And he confesses that harassment is much less than before. Something that doesn't happen in Berlin.