I learned the story of Jesumiel Barra, who came from San Fernando (Buenos Aires) to India and ended up founding his own school of trades. 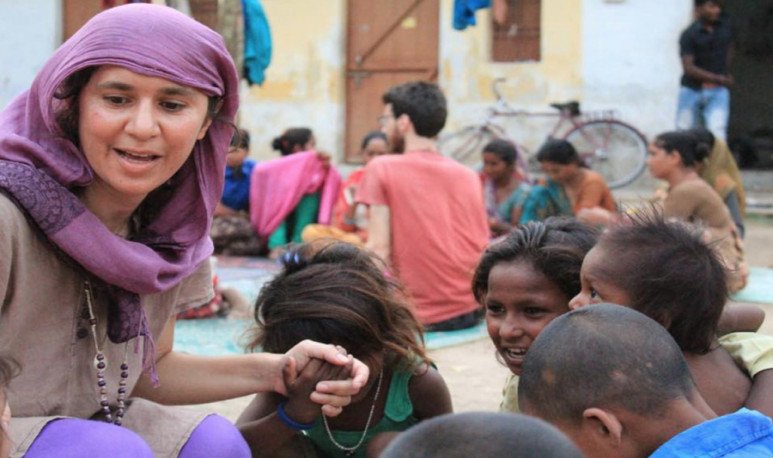 If they had asked a young  Jesumiel Barra  what she thought she was going to dedicate herself to, surely the answer would have been very far from what actually happened. But sometimes life is putting signs on our way, and when we discover them, suddenly everything is clear. What does  Jesumiel do, then? He teaches the street boys  trades  . In  India .

The laps that took her there from her native San Fernando had to do with the special interest that aroused that culture in her since she was a girl. First, through the  sitar , an Indian string instrument that pushed her to travel there every year to learn to play it with a local teacher. He then began to volunteer at the  Mother Teresa Congregation of Calcutta,  where he began to see the situation in which some children of the lower castes lived, who were rejected in schools and were forced by their mothers to  beg  .

That's how he started with his work, little by little. At first, I gave them  classes  under a tree. When he noticed that the mothers were not happy, because classes took away time from their children to go  begging , he began to teach them  crafts so that they could sell the  crafts they made. Thereafter, everything changed, as even mothers began to learn those  trades . Today they rent a small establishment where  Jesumiel  lives and runs his  school  .
An Argentinean who found her place far away, but that day by day puts her thing to make a better world.