The National University of Cordoba is one of the oldest universities in Latin America. With his years he adds outstanding professionals... we tell you the story of this astronomer. 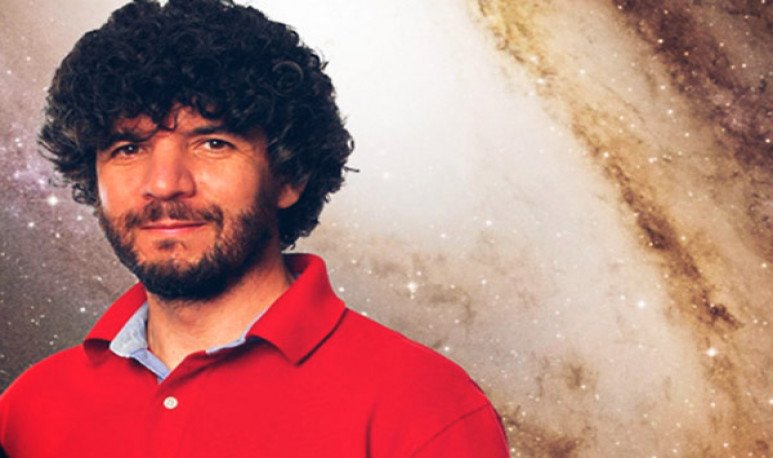 Cordoba hosts one of the most beloved and diverse public universities in the nation.   The Cordoba university city builds  the idiosyncrasy of the entire province and the nation. As  professionals from all over the world and from all over the country are graduated from this institution.  Thus, with its  more than 400 years of history,  it adds  imminences to your list of professionals.  Year after year, the University, together with  public policies that guarantee the permanence  and completion of studies, adds professionals to the Argentine people.

One of the outstanding graduates of this University was  the genius of Santiago Julio Navarro,  who was born in this sister province, but trained at the University of Córdoba.  He is an Argentine astronomer who is on everyone's lips  for his worldwide recognition and his approach to the Nobel Prize in Physics. He was included in the list drawn up by Citation Laureates as one of the great researchers  of the year. And, although he did not finally get the Nobel prize, his work spread a lot. It should be noted that he was  the only Argentine included in this select list.

Julio grew up in the capital city of his homeland, Santiago del Estero. There he studied his primary and secondary studies. After finishing his first steps as a student,  he moved to the next province  to pursue  his university career at the National University of Cordoba, which crowned with a PhD in Astronomy.  He currently lives and works in Canada, working as a professor at the University of Victoria. And, gradually, he is recognized by his colleagues as  an expert in research on the formation and evolution of galaxies , as well as  cosmic structure and dark matter.

With the humility of a genius

“ This is a rather secret and selective committee of people who advise the Swedish Academy to give the Nobel Prizes, so there are no nominations, no nominations for that prize. What some companies do, like this one for which I received this distinction, is try to predict who could receive the Nobel Prize according to certain metrics they use and seeing the impact of scientific works,” Navarro said, saying that being on this list; “ it is a very important recognition  and a very exciting achievement for my career.”      Excited and humbly with a true genius,  he added: “It is a testament that our work has had a lot of impact,” clarifying immediately that this “ does not guarantee the achievement of a prize as select and important as the Nobel Prize.rdquo;

“ I have long been working on what we call  dark matter, which is a component of the universe,”   Navarro said, adding, as a color data, that the universe is formed by a part of “ atom, oxygen, hydrogen, carbon, and other elements, which are the which we call ordinary matter and the other part that one knows of the energy that is light, the sun, the light that comes from the stars.”   And, to put us on the subject , he clarified to the media: “Now we know from research that that quality of energy matter, that which we have studied for many years in physics and chemistry, is really a minimum component of the universe”.

“ The universe is made of other things that are not just atoms and the typical light  that comes to us from the sun, that amount of light matter and normal matter is minimal, it is 4% of matter and total energy of the universe,”  said the astronomer. Always trying to get down to a simple, plain speech so that the general public  can understand a little  of his research. He added: “We believe that the rest, the remaining 96% is divided into two,  a dark matter , which is a matter that weighs, which means that it has gravity, which makes galaxies exist and another part is  what we call dark energy which is something quite different,  is a force repulsive long range” . Then, he said that his work  “refers to dark matter, this matter different from normal matter, in the sense that it does not interact with light,” and at the same time graphed that “  if you had a ball of dark matter, it would be completely transparent and also did not interact with the normal matter, with the atoms we know, in  any way other  than gravitational.”

“ We know where this dark matter is, how much it is, how it is distributed, and we try to use it,”  as that way “we can measure the movements of stars, galaxies,  using that we have a map of dark matter  made of the universe,”  he explained. He also added that in order to interpret that universe  “in terms of matter we have to understand what that map tells us, and  what I do are models of numbers on supercomputers, the largest in the world,  that try to predict what kind of structures there would be in universe,   depending on different hypotheses about dark matter,   for example whether there would be more or less galaxies than those observed, or less or more large galaxies, or less or more small galaxies.  In that contrast between the predictions of the models and the observations is how we learn about dark matter,  we restrict the possibilities about what properties they may have and that is how we try to learn more and more, to finally achieve such an understanding great that allows us to say dark matter is this kind of particle, force or whatever,”  he specified.

According to CIFAR , which is a renowned site specialized in global scientific research based in Canada, “Navarro's work on dark matter, the mysterious substance that holds galaxies together,  has been    very influential  in the elaboration of our current paradigm for the formation of structures in the universe,  where the mass budget is dominated by 'cold' dark matter and universal expansion is driven mainly by 'dark energy'.  Navarro's work uses some of the world's largest supercomputers and the most sophisticated numerical algorithms  to recreate the hierarchical formation of galaxies and other structures. These cutting-edge simulations have highlighted a number of successes and shortcomings in the theories of the formation of structures.”

Although the Nobel Prize did not arrive, the story of this santiagueño almost Cordovan makes us very proud. His work is admirable, remarkable and exciting. Applause!