NASA organizes a major challenge to develop space applications. She's one of the finalists! 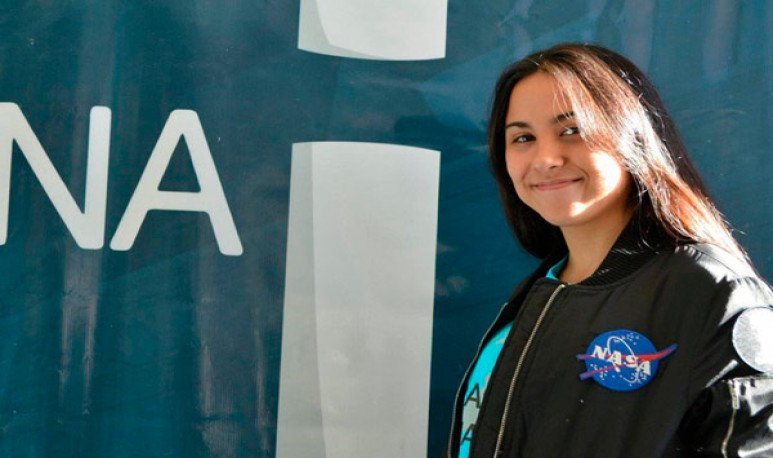 A Rosarina girl, only 20 years old,  was selected as one of the international finalists in a major competition  organized by NASA. The student devised a web application that allows to catalog gravitational waves. In addition, and not least, it seeks  to bring astronomy closer to the general public .

Victoria Lomanto is 20 years old and was the winner for Argentina in the Space Apps Challenge. Globally, applications were received from more than 15,000 participants from 150 countries. In 2018, another group of Rosario took a similar path and even reached the United States last year. You can see  that Rosario is a city with potential in this matter.

Lomanto holds a bachelor's degree in Physics at the Faculty of Exact Sciences, Engineering and Surveying at the National University of Rosario (UNR). On the project, he pointed out that the name refers to the gravitational waves that Einstein theoretically defined. But in reality , these waves wouldn't be discovered until a century later, so it's very recent theory.

Thus Victoria's project is called “GW Einstein” and aims to find specific and catalogued information about each gravitational wave Albert Einstein discovered when he formulated the Theory of Relativity. She was happy,  the rosarina participated in the event for the third time.  GW Einstein is the design of a web application that collects data on gravitational waves as well as other astronomical and electromagnetic events such as supernovae, neutron stars, black hole collision and gamma ray bursts. The girl obtained information from the databases NASA lends to research on the subject. The platform  is designed for research, but it is also useful for education, mere observation and  anyone who is curious.

Featured in a very exclusive contest

NASA  Space Apps Challenge is for developing mobile applications and other inventions. It is designed  to use data from the universe, the global environment, satellite data and others that have been opened to the public,  within the open data philosophy. The program has been held at the same time in several cities around the world.

Started in 2012, this activity takes place over a  weekend  in different countries around the world. It encompasses cooperative problem-solving aimed at solutions within an open source perspective, to be able to meet the needs of both life on Earth and space. It works from various challenges divided into different categories, such as Earth, outer space, robotics or trips to Mars.

It has two levels: challenges by cities and the international challenge. In addition to possible local recognitions, the world award includes  the opportunity to attend a NASA launch  . From this instance it is from which  the Rosarina girl is just a step away

Victoria clarified that the data of her work will be available to the public. So, thanks to it, anyone of any age could enter and  see physics and astronomy in a super simple way . That's what NASA highlighted about its work.

Victoria's passion for astronomy comes from childhood and that led her to want to participate in the prestigious challenge.  Minds  like that of this rosarina are the ones that fill us with hope most.