Home People Argentines around the world A very Brazilian brand, but made by santafesinas

Two santafesinas went to Buzios and started a venture to sell clothes to “break the summer”. Today your brand is a Brazilian success. 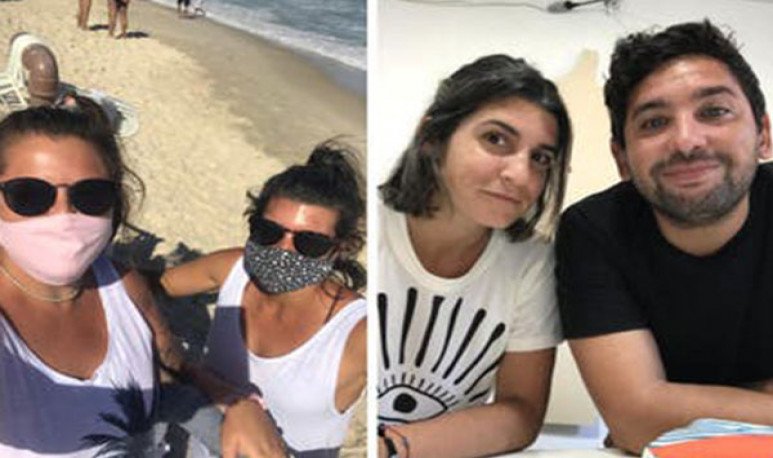 Two cousins from the city of Santa Fe live in Buzios,  Brazil , since 2015. They are called Florence and Rocío Molli, and their parents, siblings to each other, have a family business in the provincial capital.  The first to settle in the neighboring country was Flor , fulfilling a postponed dream. When she arrived in Brazil, the Santafesina soon realized that she would need a hand if she wanted to work in such a tourist place. So,  he soon called his cousin Rocío , with whom he always had a very close relationship. At that time they were 28 years old Florence, and 23 Rocio. Flor studied Psychology and worked with his parents; Ro played volleyball and worked as a teacher in the club all his life, traveling around the country taking girls from 12 to 15 years old to compete. The girl  came to Buzios with the idea of spending the summer . If I won any silver, much better. Those first months she worked as a photographer in a boat trip company.

But time passed. That same year Florence would meet her  boyfriend  and third partner of the  venture with which they would take off: Arubinha.

Everything started selling clothes from Brazilian brands on the beach. It was not as easy as I had thought from Argentina, that  I could simply live off the sale of handicrafts . The street vending system in Brazil is highly regulated.

Two years passed like this until there was a crisis in jobs on the beach and for the first time  they thought about making their own brand . Bikinis, dresses, and Pachi wanted to make lycras with UV protection, an idea he came up with because he is fond of kitesurfing. Hence also the name of the brand: Arubinha is “small paradise” in Portuguese . This name carries a lagoon located an hour and a half from Buzios, where kite is practiced.

Florence toured fabric factories in Sao Paulo and southern Brazil looking for noble and good quality materials.  Rocio started working with the design of the prints . By the end of 2017 they were ready to start production. It was a production very  made in Brazil . With material and machinery, even the seamstress team there. All  handmade  and made with a lot of dedication.  They work as a team, as a family,  “and that's what you see in the final result,” they celebrate.

They started production in their two-room house in Buzios. One of them was occupied by machines, and in the living room they mounted and dismantled the cutting tables.

What they make are clothes designed for the beach and everyday, loose, fresh models,  nothing adjusted to the body. The prints they design are colorful, cheerful , with palm trees, flowers, waves, banana and adam leaves. The base fabrics are mostly white, like those used in their representations by the sea goddess Jemanja.

Arubinha was originally conceived to be sold on the beaches. They started with teams of Argentine vendors in Buzios (João Fernandez and Geriba) and in Rio de Janeiro (Tijuca, Ipanema and Leblon). Florence also  traveled and did very good European summer seasons in Marbella and Tarifa .And they already had  wholesale sales through customers to the United States, Italy and Spain . Arubinha was sold exclusively on a street basis until they decided to take it to Ilha Grande, in Angra Dos Reis, which does not allow sales on the beach because it is a state park.  They opened a place in the resort  in July 2019, for the winter holidays. They had an incredible answer. A resounding success. Arubinha perfectly matched the place. Since then, they received proposals to open other premises in  Rio de Janeiro  and Paraty, and their idea was to open a second point of sale later this year, but COVID-19 arrived.