Home People Argentines around the world A Venadense in Denmark

What can draw the attention of Denmark to a young man from Deer Tuerto, Santa Fe? A first-person adventure. 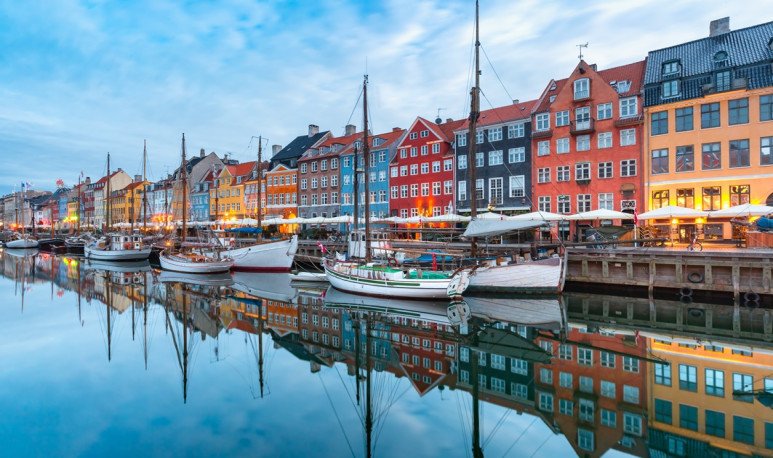 Ulises Guareschi is from Venado Tuerto , in the south of Santa Fe.  From the age of fifteen I knew I wanted to have a life experience away from home.  He took it so seriously that as soon as he turned 19, he left nothing less than Denmark.

The adventure began a few days  before the COVID-19 pandemic exploded. You entered the European country on a visa that is valid for one year , with which you can live and work until March 2021. The procedure was straightforward and, within a month, he had all the necessary papers to leave.
When he got off the plane in Copenhagen he fell into that what he was doing could be classified as crazy. I was starting an adventure from scratch and alone. But it was something that fascinated him.

Ulysses had normal jobs. One where he served in a building cleaning company and another where he served as delivery . Currently, he lives on an average salary of 18 thousand crowns (3 thousand dollars) thanks to 2 jobs of 40 hours per week. From there, you need to deduct about $900 in expenses, including the 560 of the apartment you rent. He says that you can quietly pay for an apartment, but you opt for rooms that are spacious because most prioritize savings. In your particular case, point to that, avoiding spending on “leisure”. Keep in mind that, for example, having a beer in a bar comes out a minimum of 10 dollars, a meal in a local “to step” about 15-20 dollars and in a restaurant prices range from 50 to 150 dollars per person. That's why he says that most Danes have a  habit of eating at home, unlike us, that it is common for us to go out to eat.

The contrast with Argentina is something common in Ulysses's routine. Everyday situations are present in the style “this in Argentina would be impossible'”. There is  a feature that is common to the anecdotes of everyone who lives somewhere in the first world: what is related to security.  According to Ulysses, Denmark's biggest difference with Argentina is security. Like the story of Malabrigo's marriage living in Holland , the young Venadense says that in Denmark you can go for a walk at any time you want it will not happen absolutely. nothing.Remember that his first days, he went for a walk at night alone at two in the morning and he couldn't believe it. The situation is even more noticeable in the case of women. They feel very safe walking through the streets, no matter what time.
For Guareschi,  the place of women in Denmark on a scale from 1 to 10, is a definitive 10.  It is one of the countries with the most gender equity and is really reflected in society and at home. In buildings, for example, he says he sees many women working.In homework, they divide equally with men and claims that it is not felt at all a macho culture.
But, on a cultural level, the boy from Venado Tuerto highlights another classic of Argentines in Europe. That's missing a “ relaxed culture”, or much more spontaneous. It makes it crazy that most Danes tell you a month before things and they always have every week planned.  “ Do not see the hours of” arrange things at the moment , which do not require so much advance.

Ulysses and Denmark have much more to tell, in a second part of this note.