Home People Argentines around the world A trelewense in Africa

10,880 kilometers is the distance that the Trelewense Celia Cintas traveled to Nairobi, Kenya. We tell you about his work in Africa. 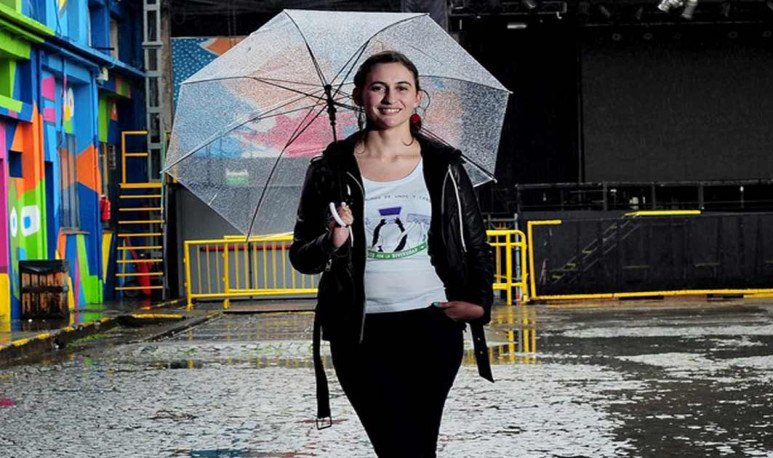 It was at the beginning of 2018. Celia received a work proposal from scientist Aisha Walcott that changed her life. She called on her to participate in the development of   the Digital Health Wallet app  .  An application that allows the patient to enter their medical history and at the same time authorize hospitals and doctors to see it. But employment came with two important requirements. The first was to know how to program. It was easy for Celia. She is a PhD in Computer Science and, since she was a child, programming was always her hobby. The second, on the contrary, was a real challenge. The IBM laboratory where I had to start working was exactly  10,880 kilometers from Trelew  (Chubut). It was located in Nairobi (Africa), better known as the  Green City in the Sun.  For further reference, we are talking about Kenya, on the African continent. Up to there she was encouraged to travel the  Argentine scientist .

From Patagonia to mythical Africa

Changing the Patagonian landscape  to the African landscape can be very abrupt. For most people, the contrasts are absolute. In  Patagonia  it's cold, Nairobi is very hot. In southern Argentina there are cities, in Africa everything is jungle, lions, giraffes and rhinos. Celia herself acknowledges that, at first, when she looked out the window of her house without recognizing something from her Patagonian postcard, she wondered, “What do I do here.” However, those ideas are part of the past. Celia moves freely through Nairobi. Despite the countless miles that separate it from Trelew, you already feel like one more neighbor.  “It's a long journey that was worth it,” she says.

It's just that  Nairobi is   far from the mythical African city  we all imagine. It is the capital and largest city in Kenya and the fourth largest in Africa.  Nairobi  is one of the youngest and most modernized regions in Africa. It's not even so hot! During the year, the temperature does not drop from 10°C or rises more than 29°C. And although there are wild animals, they are all located within Nairobi National Park. Just 7 km from the city centre, it is home to more than 80 species of mammals and 500 species of birds. Black rhinos, Masai giraffe, lions and panthers quietly wander through the urban forest of over a thousand hectares. Celia enjoys going for a walk there with her partner and her dog. Also enjoy excursions to tapas bars, with exquisite flavors, and the aroma of  Kenyan coffee . “The best of the universe,” he says.

From Kenya to the world

Celia's team is responsible for organizing the information a doctor needs to have when they refer a patient. That is, how to summarize the patient's data, and they contain everything necessary for the specialist who receives it.

In Kenya there is one doctor every 5 thousand inhabitants . “There is a lot of demand. So, when you're referred to another doctor, that doctor you're referring to doesn't know anything about you,” he says. That happens in Argentina too. Therefore, in the future, the idea is that the application can be used in our country and in the world.