Lucas and Cristian are two young missionaries who went to Paraguay to play football and were stranded for 9 months without being able to return. 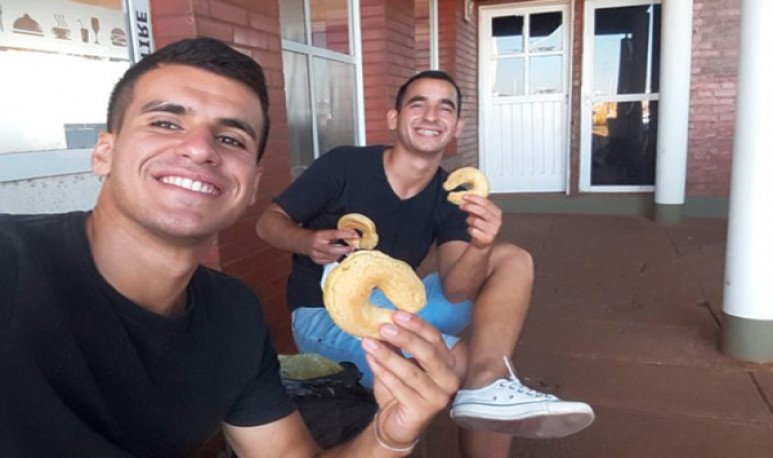 They left Argentina in search of a dream and the  pandemic  changed all their plans. They had the opportunity to sign a contract with the  Club 12 de Octubre    of Paraguay's first division  . That is why in March they embarked on a trip to the neighboring country full of illusions of a possible takeoff from their  football career . However, everything happened with the  coronavirus   lowered that horizon and the nightmare began to survive . From there, they started to  look for the means to return to  Misiones   but the answers became null. Far from their families and friends, the children resisted and  in December managed to enter our country again .

Lucas is from Comandante Andresito and Cristian de Mojón Grande . From those locations their loved ones moved heaven and earth to bring them back. As published by Misiones Online, the mothers of young people communicated with various media to make it visible. They also wanted to contact migrations and even the government, but  no one gave them solutions . In this regard, the arguments they received were varied, such as talking to the consulate or that there were no repatriations. Between bureaucratic swings, anguish and uncertainty continued to grow.

Between complexity and hope

Lucas and Cristian had to overcome major obstacles until the end of their stay in Paraguay . Although his motor strength was always not to lose  hope . On arrival they lived with a family they didn't get along with. In fact, over time they took away the money they had left and started to go hungry. However, they then met other people who did help them by giving them work and thanks to that they were able to stock up with what they needed. They also offered them a house to live while caring for, because the owners did not spend much time there. At no time did they charge them for the stay, they did it heartily because they knew about their situation.

In early December  , footballers  stepped on the floor of their beloved Misiones  . While the return procedures had been initiated in April, responses and solutions were long awaited. Let us not forget that by that time Argentina had already entered into a strict quarantine. Finally, before the end of the year, the head delegate for migration in Puerto Iguazú communicated with them. There, he asked them for their details and within two days he informed them that they had everything ready and authorized for their return. But before they had to be swab, which they repeated twice. The first was free but it took them three days and to pass they required a 48-hour seniority.

After going to a private sanatorium and getting their results in two hours they knew they were closer to achieving it. So they bought the tickets and traveled to Encarnación, Paraguay, and then headed for Posadas. It was the way the authorities found not to pass through Brazil, as they were going to ask for more authorizations. Finally, Lucas and Cristian came home safely after so many months away.  And the best thing was that they were able to receive the new year next to those loved ones who fought for their return .