Home People Argentines around the world A star from the balcony

Do you remember when last year we were watching hundreds of videos of balcony singers? A rosarina looked like it in Spain. 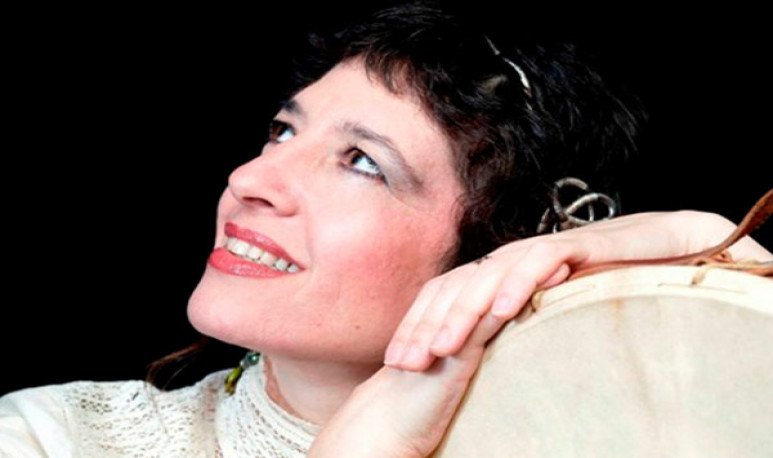 Silvina Tabbush was born in Rosario, but 12 years ago she lives in Madrid . Last year, along with his partner, guitarist Manuel Lavandera, they found a  way to thank essential workers with the best they know how to do  and like best: music.

At the height of pandemic videos, Rosarina artist offered  42 mini-recitals from his balcony in Madrid  .  Three days after declared mandatory confinement, they faced the dark moments of the pandemic to the sound of “Oh, oh, oh, oh, sing and don't cry, because singing rejoice, cielito cute, hearts”.  This mezzosoprano sings “only in spanish”, clarifies with pride.   He also sang “Todo cambia” and “Gracias a la vida”, themes from his extensive repertoire of bluseados tangos, folklore and Latin American themes, own and others.

Now he does it accompanied by another voice: that of his partner's guitar. The applause and gifts from the pandemic public were not kept waiting. Remember the rosarina that one morning they left her a sign saying, “To the singer on the third floor, thank you very much for your songs. Who are you? We're waiting for you again tonight. Neighbors of the house across the street.”  And so it was that night, and another and so many others .

Tabbush is the Sephardic surname of a Syrian paternal grandfather of Aleppo. From there came his father, Claudio, a multifaceted musician and an uncle, Vivian Tabbush, arranger of choral works. But on the part of his mother, Julia “Kuki” Campbell, from Catalan and Andalusian origins, also breathed artistic expressions like oxygen: Silvina had relatives who dabbed writing and theatre, a great-grandfather sculptor and a grandmother who sang on radio. Silvina couldn't not not sing.

In a family of great musicians Silvina found love. And  after 16 years as a couple he talks about him with admiration, like a superlative creator . The balcony artist claims that her partner is a very good person, but also a creative soul: when they do Zamba del Laurel, Manuel makes a personal and different introduction to all.

Both are still linked to those that happen in the city and in the country, and the  burning of the islands  made her very sad, just as when she read about an accident on a road a few years ago underground in the yerbatales and composed a chamamé. It's called Oro verde, it has lyrics and music of his and Manuel's arrangements.

At the time of this note, rosarina is in a country with the restrictions imposed by the Covid pandemic more relaxed than in Argentina. But this comes and goes. We saw it. As soon as it was possible to return to the tables , Silvina and her partner - they called “MadRetierra”, began to make concerts appropriate to the protocols : 45 minutes and with a third of the room. They performed for months in a castle near Valladolid and at a festival in San Sebastián de los Reyes, just outside Madrid.

After  having experienced the terrible escalation of 900 dead in one day , the singer celebrates that there are now more tests . From Madrid, rosarina is hoping that the virus will give respite to everyone and be able to visit the city where it was born for at least two days. Who knows if rosarinos can be lucky enough to hear it from some balcony.