Luis “Luchyn” López is a Santiagueño based in Canada who dazzles with his artistic talent. 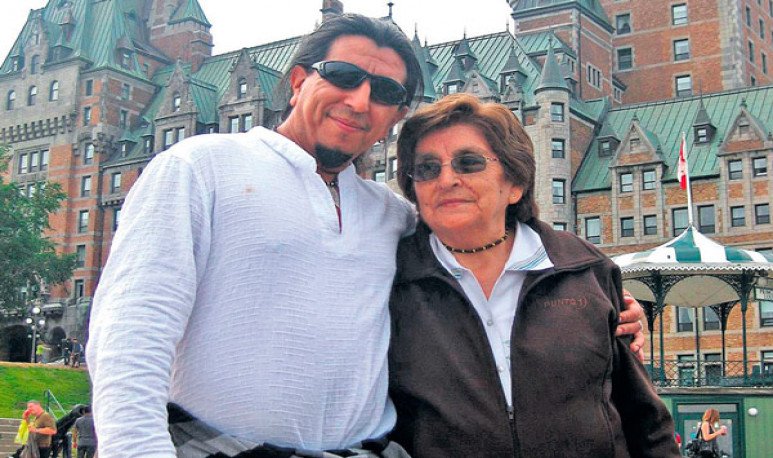 For more than thirty five years, the dancer Luis “Luchyn” Lopez has been based in Canada. He settled in the city of Montreal, where he dazzles with his  talent , being a teacher of folk dances and tango.

Santiagueño arrived in North American lands in the 1980s, promising to participate in Cirque Du Soleil, a spectacular show full of skilled artists. His career, thanks to his skills, led him to travel places like Paris, North American countries and Latin America.

His story began when he was invited by colleagues to France, punctually to Paris, to do a  job . His astonishment was total, because, upon arrival, it was found that the work for which he had traveled was nothing less than participating in Cirque Du Soleil. Two weeks he was in the French city, shining in the shows before the Parisians. At the end of that time, the circus moved to Canada, where Lopez was in the shows for about seven months.

Cirque Du Soleil's contract consisted of serving in Canada. With this came the decision of ¨Luchyn¨ to stay definitely in Montreal, where he lived since 1986, because a year before he had already met the city and had friends there. He stayed and settled there. The changes he had to introduce to his new  life  did not cost him too much, he learned to live with the people and live with the customs of the place. What also helped his choice to stay, was the high quality of life and opportunities offered by the country compared to other parts of the globe.

After having performed his characteristic skills at Cirque Du Soleil and having traveled multiple places around the world, Luis began working permanently at Studio Tango Montreal, where he serves as instructor and choreographer in Argentine folk dances and tango. Having an enterprising and restless soul, I make up his dance and dance company. With this company performs artistic addresses, staging, shows. He is constantly requested to perform shows with his  company  either by friends and acquaintances.

In Santiago del Estero, “Luchyn” was a dancer, playing the hype accompanying the singer Carlos Miguel Fuentes. In a festival he was next to “El Jarillero”, he met two people who would guide him in his artistic life: Carlos Saavedra and Adela Saavedra. There he saw them both dance, showing a skills that surprised the current international artist. They began to teach him everything about the field, “sponsorship” as is usual to say in artistic jargon. On the one hand Carlos instructed him how to walk properly, to behave, what clothes to wear. While Adela looked after him as a member of his family, so that on his tours he never had or tasted alcoholic beverages. In that conformation called Agrupación Santiago del Estero, he knew how to learn from the excellent teachers who had all the knowledge he treasures today in his memories.

After having settled in Canada, he continued to travel around the  world . He met more than seventy countries, made his dream of dancing in exotic places come true, and even having agreed friendships around the globe. However, he formed his dance company, and currently works at Studio Tango Montreal. His artistic skills raised his knowledge of the field, so much so that today he can teach his students, adopting the role of teacher.

He is currently based in Canada, living with his two children and his wife, as well as having a child from his first marriage named Satha. Thanks to your efforts and skills, you can enjoy all your achieved achievements. He's an artist, a dancer, an instructor, a professional. He is a dreamer who inspires to follow, persevere and never stop to achieve everything we dream of.