A Santafesino doctor living in America with his Yankee girlfriend. How different are we? 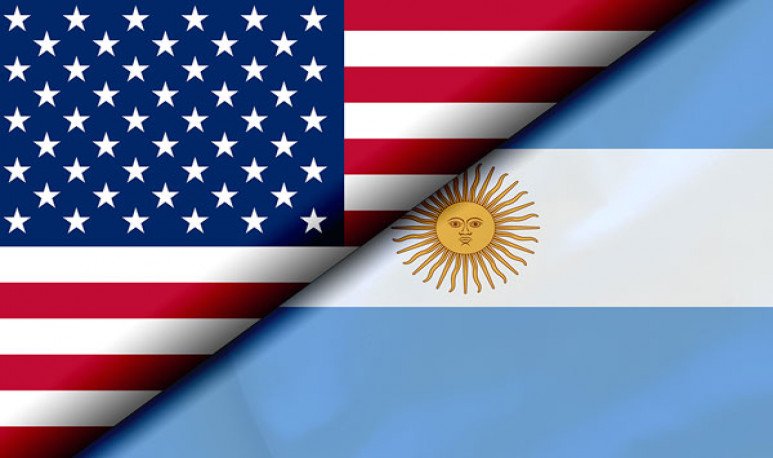 Martín is a  cardiologist  who was born 37 years ago in the city of Santa Fe. Talented and restless, he did not take long to venture into medicine from other latitudes.  He did very well in Spain and could have projected a great future there.  But, from the hand of other work horizons and, mainly his girlfriend Katie, his present is Yankee.

Martin says his goal had never been to leave Argentina. “It was happening and I was making decisions that led me to that.”His traveling history began in 2013 in his native Santa Fe. In his last year of residence in Cardiology, on the recommendation of a friend, he performed what in Medicine they call “a rotation” at the Hospital Universitario La Paz (Madrid), in the Arrhythmias service. “From my first year of residence I had a penchant for arrhythmias. In that rotation, I established close ties with the doctors who work there. That was how in 2014 after running for competition and receiving a scholarship I moved to Madrid.” The  Santafesino had the honor of serving in one of the five most important hospitals in Spain.

The change of course that ended up bringing him to the United States had a job origin. For two years, Martin attended a very famous arrhythmias course that takes place over a weekend in the city of  Monaco . “There my thesis director is well known in the field and introduced me to who is the head of the arrhythmia service at the hospital of the University of Pennsylvania (Philadelphia). But, of course, the decision to move to the Yankee land had another great motivation: Martin was already a boyfriend with Katie , a young American woman.

Part of Martin's great passions have always been sports, physical activity and healthy living. Since he was a kid he plays rugby and, in Spain, he managed to practice this game, not so popular in the Iberian Peninsula. He did so with a club founded by British and Irish who lived in Madrid. Due to its strong imprint of foreigners,  social gatherings were not only men, but also women . So, through an Irish friend, the doctor met Katie. The Yankee project was taking more shape.

However, the decision to travel to the USA was not easy. First, because in Spain Martín had an armed life and was surrounded by many  affections . Second, because it was to start once again a new adventure, with all the effort that entails. Third, by  “the cuckoo” of cultural, customs and idiomatic differences.

“The first sensations were strange, although many things did not seem alien to me. I think we have an idea of American culture and way of life because of film and television. However, cinema is just cinema and does not faithfully reflect the diversity and complexity of such a large country.”

Martin and Katie discovered that they did not have as many cultural differences as, a priori, one might assume. Both share a taste for music and sport. The Santafesino  is getting used to not live in full on May 25 or July 9, but Thanksgiving or Halloween . It's strange that “Sundays here don't necessarily spend as a family.”

Three features of life in the United States

While, to his pleasant surprise, the cultural shock was not so great, Martin marks us some key points he discovered or confirmed about Yankee culture.

Today, in addition to his work in Philadelphia, which mainly consists of arrhythmias research in the area of arrhythmias at the University of Pennsylvania Hospital, on weekends he usually goes to play rugby touch (non-contact mode due to the pandemic).

As for Martin's  future  , “the truth is uncertain. Just as I never planned or thought to be here, I don't know what the future will hold. But if you ask me how I look at it and what I would like, I'd say I'd like to stay around for a few more years doing research and practicing as a doctor. Then ... the illusion of returning and doing quality research in Argentina is intact .”