Home People Argentines around the world A rionegrino, between Mars and NASA

Rionegrino Miguel San Martín is Head of Guidance Engineering, Navigation and Systems Control for the Curiosity mission and consultant in NASA's Perseverance mission. 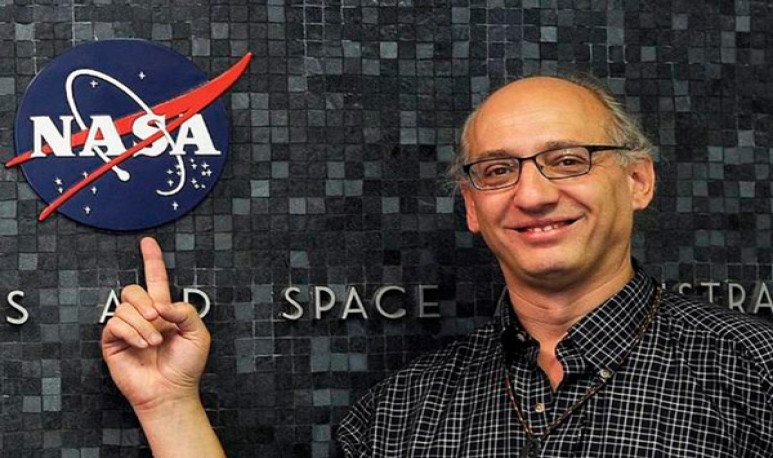 The province of  Rio Negro , the planet  Mars  and the  NASA , they're connected. Yes, as they read it: and the connector is the engineer Miguel San Martín, who is head of Engineering of Guiding, Navigation and Systems Control of the Curiosity mission and consultant in NASA's Perseverance mission, which was recently carried out with great impact worldwide

“So far we were wondering if there were conditions for life on Mars; now we are looking for if life existed,” said the rionegrino from  Villa Regina , town with more than 30 thousand inhabitants, near  General Roca  and where he spent a summer in the family farm every year.

Saint Martin grew up with the Space Program at the time when the United States was fighting for leadership with the former Soviet Union, today Russia and other smaller countries. “That had a profound effect on me,” he recognized when he was 10 years old he saw the image of Neil Armstrong stepping on the moon.

“I was born in Buenos Aires but during the summer holidays we moved to a farm in Regina and the routine was to go to the village to buy the newspaper. I saw the photo of Viking on the surface of Mars for the first time in the daily Río Negro,” he recalled. At the end of high school, he moved to the United States; he wanted to participate in some mission that “landed somewhere”: and so it was.

On February 18, the robot explorer “Perseverance” landed on Mars and he was chief. “is a very important mission. So far we were wondering if there were conditions for life on Mars; now we are looking for whether or not life existed, period. You never know what you're going to find out. It may be that on Mars there has never been any life. And that's science too,” he said in several interviews and specialized publications.

The seven minutes of horror, as the professionals call them, is the time it takes the “vehicle from touching the highest layer of the atmosphere — 125 kilometers high, traveling at 20,000 kilometers per hour — to the surface safe and sound,” says San Martin. However and as it became known later, no damage occurred and the first photo on Mars quickly viralized all over the planet, in a matter of seconds.

The engineer says that the robot “has a drill with a kind of cylinder that takes pieces of the material and puts them inside a receptacle” but “if it later finds something better, discard that and changes it for another. It's optimization.” It should be noted that these samples will take until the end of the decade to arrive, something that engineer San Martín already confirms that work is under way.

NASA engineer Miguel San Martin has already been commemorated by the town with the illustrious citizen's plaque, who saw him born and spend much of his childhood and adolescence, in articulation with Buenos Aires. He has also participated in various congresses and publications in the Patagonian region; he never forgets his roots: “If I retired tomorrow, I would be happy. I'm not so anxious anymore thinking whether or not it was worth leaving my country,” he said in one of his latest presentations in the region.

His dream is that of many, and it was fulfilled: the engineer Rionegrino is and will remain part of one of the most important missions of recent times: to understand whether or not there was life on the red planet, on Mars.