Her name is Josefina Pollak and she lives in Barcelona. Forecasting the coronavirus scenario, the pampeana took refuge in a small Spanish town. 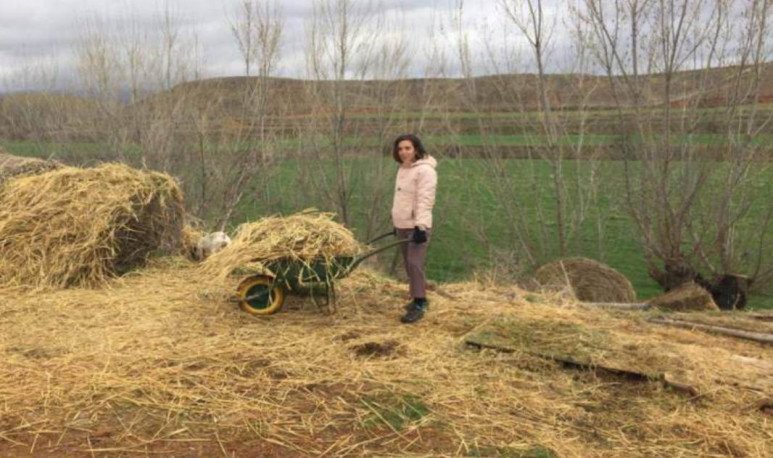 That inertia, which sometimes leads us to make “good” hasty decisions, triggered the sixth sense of this pampas. Already used to life in  Barcelona , Josefina Pollak noticed that “things were getting ugly.”  From the outset he did not dismiss the arrival of  COVID-19  in  Spain  and had the urge to leave for a while , to a smaller place, to protect yourself.   Spain  is  now considered the third most affected country in the world and is the second with the largest number of fatalities after Italy .

The Odyssey of Getting to Destination

Located 30 kilometers from Teruel, the capital of Aragon,  its destination was 600 kilometers from Barcelona  and getting there was an odyssey! Josefina remembers that  he first took a bus and then a train . His final goal was  Escorihuela , a  village of 152 inhabitants , where his aunt Andrea lived.

The first anecdote of his odyssey was when he took the collective. You will never forget the  words of warning from the driver  “You can get on and start the trip, but I can't assure you that you will arrive at your destination. If on the way someone stops us and asks you for the permission you don't have, you'll have to stick to the consequences,” remember he told him. A nerve soup invaded his body and, more than once, he doubted whether it was right to leave.

Finally,  he took the risk and went to the village of the countryside . It was 10 hours of travel and uncertainty. When  Zaragoza arrived, he had to get off to catch the train. “I ran into a station like  Retiro  (in Buenos Aires), but completely empty. I'm never going to forget the ugly feeling I had and the fear that generated me that panorama. There was a guard he was putting on the billboards that all trips were canceled. For a second I imagined temporarily living in Zaragoza, but luckily my train arrived. It was only two wagons and we were only two people. We climbed each one in a car,” said the pampeana.

From the big city to the village life

Like living a story,  Josefina sheltered in a beautiful   country house with a dreamy landscape  . Located a thousand meters high from the sea, her aunt's house offers mountain scenery, red clay trails and many breeding animals. As in Heidi's film, shepherds with wooden cane and sheep with cowbells are common there.

Every day, and already almost as a  ritual,  both  women have breakfast and get ready to go feed their aunt's mare  . While internet connection is available in the village, and it works very well,  Josefina prefers to remain engaged with this experience ,  with this kind of spiritual retreat .

No radio or newspapers . In Escorihuela,  news is given only once a day, through the Church's megaphone . Without a doubt, each of these cultural and social details will be kept in the memory of this pampeana, which interestingly specializes in the conservation and restoration of cultural property.