Home People Argentines around the world A new life in Holland

They were born in a small village, but developed a big mentality. Azul and Rodrigo show that starting a family in Holland is possible. 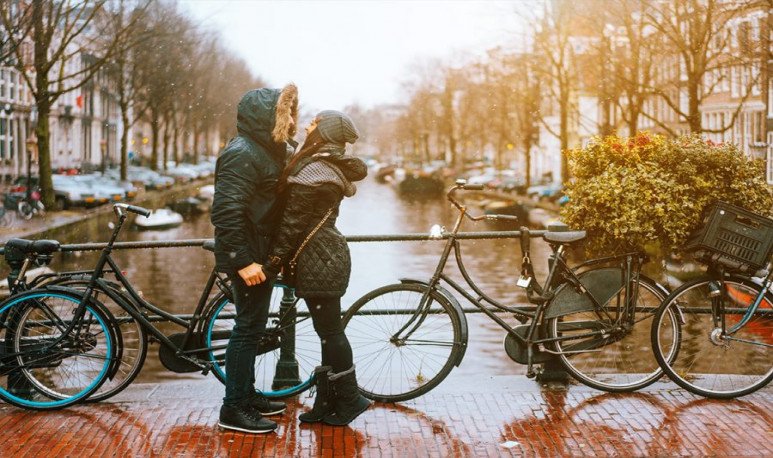 Azul and Rodrigo are native to  Malabrigo , a town in the north of the province of Santa Fe. Most guys from cities like this do their college careers in  Santa Fe capital  and then return to work at their payments, or settle in the city that formed them. There are rarely cases of people who play it, like this  couple  who, shortly after having married, left everything and  went to start a new life  in Holland.

Without having sought to leave Argentina, not even moving from city, in 2016 Rodrigo received a job proposal in  Holland . After analyzing it and discussing it a little with his wife,  “we decided to embark on this adventure . We liked the idea of getting to know Europe and we knew we had nothing to lose.” The company would cover the ticket and accommodation costs for a month, until they found a place to rent. “No children, no pets, no car or our own home we had nothing to tie us too much to Santa Fe, so the decision was pretty easy.  In less than two months we had sold all the furniture  and we were crossing the puddle for the first time.”

Rodri and Azul arrived in Holland  without much  expectations  , as it is not one of the most common tourist destinations in Europe, such as Spain, Italy or France. “We find a rich culture, with hundreds of years of history that we are still learning, with  art , but above all with education and tolerance.”

Living in the first world

“People are very friendly and friendly, always willing to give you a hand and help you, which surprised us because we had the prejudice that this society was' dry 'or 'apátic'. They don't sin with trusts, yes,” laughs Rodri, who was used to Argentine  jokes  and phrases with double meaning.

Being able to enjoy  economic stability , go to the supermarket and that things always go the same because there is no inflation (or it is so low that it is not perceived);  safety  of being able to walk or ride a bike  (the Dutch means of transport par excellence) through the woods, “even in the early morning, if you want, are very good parameters of how well you live with“, they tell us.

The guys claim that you can list a lot of nice things that this country has, and they were also discovering some that might not have been positive, but they are sure of something Holland did in them: modify the way we think a lot of things. “Every time we return to Argentina to visit family and friends  we feel a little more foreign  and think everything is changed, when the ones who changed were us.”

The interesting fact: “We thought that every time we said that we are Argentines they were going to name Maxima and yet they don't have so much in mind that their  queen  is Argentinean. It is more common for us to be named  Messi  or even Che Guevara.”

This Argentine couple is living in one of those truly cosmopolitan cities.  The Hague  is home to the vast majority of embassies and many international organizations, so it  is very much spoken in English . Everyone understands it and is used to using it every day, “but to make deep friendship bonds, we feel that speaking Dutch is important, so that is a short-term project we have.”

They are currently waiting for their first child , whom they hope to “be able to raise in this country, with their rules and customs. Having lived pregnancy in this country is another thing that makes us marvel at this place, its way of thinking, its organization and its health system. We couldn't be more grateful to be here at this point in our lives. But  we will always put our  Argentine heart   in every step we take.”