Home People Argentines around the world A Mendoza at NASA... And on Mars?

Gerónimo Villanueva works at NASA and participated in the arrival of Perseverance on Mars. Not compliant, he dreams of stepping on the red planet. 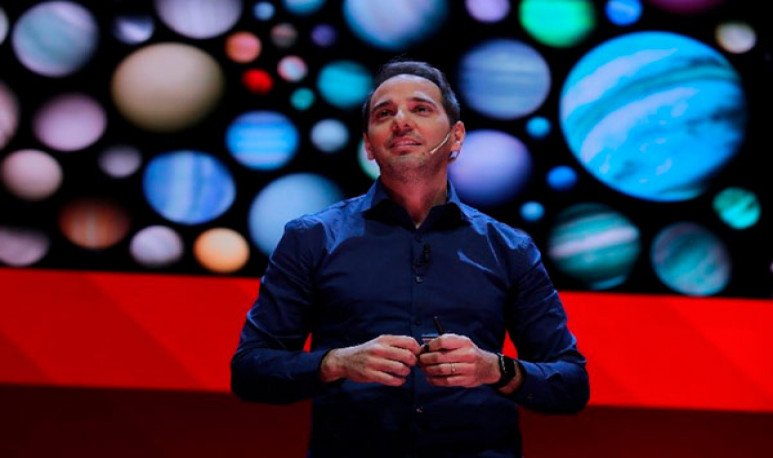 What do you want to be when you grow up? Astronaut. They are the most reproduced question and answer in the recent history of our world. Although, it is true, it is also a cliché installed by Hollywood. Perhaps, here in Argentina, the answer would be a footballer , for example. The truth is that the dream of being an astronaut is also rooted, as in the case of Geronimo Villanueva, who received himself as an engineer, did a postgraduate degree in Germany and went to work at NASA . These are the unavoidable steps of the ladder that can lead you to be an astronaut and step on other planets. For now, everything is going well.

Gerónimo Villanueva is 42 years old. He was born and lived in Guaymallén. He finished high school and received an Engineer in Electronics and Electricity at the University of Mendoza . He then traveled to Germany for a master's degree, promoting in 2004. A year later, he entered NASA, as a scientist. There he currently works and lives in  Washington DC . He is married and has a 9-year-old daughter.

At NASA, scientists, technicians, engineers and specialists from all over the world work. That's why Villanueva does not feel toad from another well, much less.  In fact, he was one of the minds that made possible the arrival of the Mars 2020 mission to Mars. He was the one who discovered, by satellite, the presence of water signs on the red planet, and is currently investigating the fate of that element and whether there are vestiges of life, current or past on Mars.   Specifically, he works on explorations of the solar system, sending robots and preparing satellites. And it is currently focused on orbiting Mars to find traces of current life or past life, through the atmosphere. In addition, he works on tasks to measure water on Mars, both that which exists at this time, and that which was in the past.  In that framework, it is already known that, at some point, the surface of that planet was covered by a large ocean. These are signs that there may be life there, and that is what Perseverance is trying to confirm.

It is important to note that what is sought is not life in the advanced state, like that which exists on Earth. But, at least, an incipient life, like the one recorded at the beginning of our planet. This could lay the groundwork for humans in the future to develop  extraterrestrial life .

Geronimo has been working at  NASA for 16 years, a place that ended up being much more accessible than he imagined as a child. So, with so much experience in this space, we are encouraged to rely on the work that is being done.  In fact, in a radio interview he assured that the moment humans live on Mars is much closer than we think. We can even see it ourselves.