Home People Argentines around the world A madrynense loose in Denmark

In 2015, Mariana Cagnoli married a young Danish and, four years later, they made the decision to cross the Atlantic. 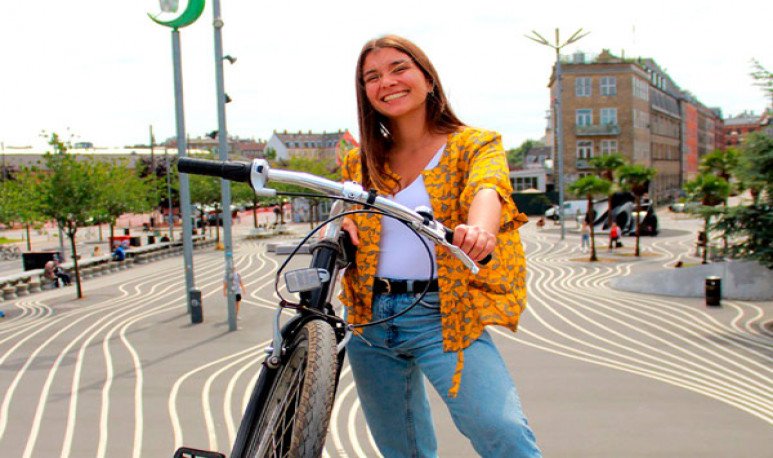 Mariana Cagnoli is a 30 year old Argentine actress  born and raised  in  Puerto Madryn   , province of the  Chubut , who has lived since last year in Copenhagen , the capital of Denmark, where she lived with her husband, Henrik Lundorff, a native of Denmark, whom she married five years ago. in Buenos Aires.

During his years in the  Patagonian  city , where he lived until he was 19 years old,  Mariana began her tour of acting at the Teatro del Muelle , a characteristic cultural space of the town that depends on the municipality, while also perfecting her studies in English.

In October 2013, the young woman met Henrik , when they both ended up in the same group as part of the volunteering of the Non-Governmental Organization Roof (formerly “A Roof for My Country”), and since then they have been together.  Two years later they lifted the bet and gave the “yes”, and in 2019 they made the decision to cross the puddle and go live in Denmark.

Mariana acknowledges that, before emigrating, she was visiting several times “to see if life change was viable”, since she was aware that the “cultural shock” between the two countries is more than important.

Before all that, the  madrynense  had an extensive artistic tour , trained as an actress, and also practiced as a teacher.  In 2010 he began his studies in Actoral Study and Training  (EFA) in San Telmo, where he graduated in 2012 from the three-year training run by Néstor Romero, Teresa Calero and Dalila Romero.

In 2011, she entered the National University of the Arts  (UNA), from which she graduated as a Bachelor of Acting from the Department of Dramatic Arts in 2017. Meanwhile, at the same time he took different courses and seminars to add to his training in what required physical and expressive training, the ability to create scenes and work with texts. Since 2014, he also practiced teaching by providing courses, workshops and seminars.

It was in 2019 that, after seriously meditating, visiting the country previously, together with Henrik decided to move to Copenhagen , where he remains thanks to the “Work & Holiday” visa, since he did not yet obtain residence, as the requirements for immigrants are very stringent.

After an arduous search that became complicated between the holidays and the pandemic, he got a job as an assistant in a dental supplies company.

Like many Argentines who migrate to Europe for various reasons, it cannot avoid comparisons.   Just as   comodorenses who are in Valencia   highlight the tranquility of walking quietly along the street, their countryman also highlights that. “Since children we were taught to be alert when we went out on the street, it was hard for me to get used to that,” said the young woman, who says there are no vulnerable neighborhoods and low-income people have social housing.

He also mentions that there are criminal acts, since it is impossible that, no matter how safe there is, any illicit is not recorded every while, but he says that “everyone leaves the bikes outside at night, you forget the phone on a bar table, come back and still there.”

Salaries  even in low-skilled jobs are good, but therefore the cost of living is also high. So much that even it is impossible to rent a space alone. “Taxes are high, but no one hesitates to pay them because they are worth every penny and are reflected in public spaces, safety, public health and education,” says Mariana.