Argentine scientist Karen Hallberg was elected to the Council of Representatives of the Physical Society of the United States. 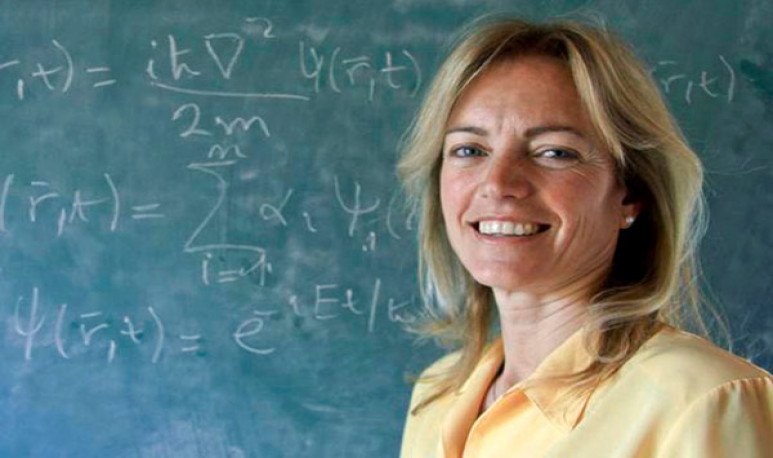 From January 1, 2021, the Argentine doctor  Karen Hallberg  will hold the  Council of Representatives of the Physics Society of the  United States   . It is a non-profit organization whose aim is  to promote and disseminate knowledge of physics  through publications, congresses, scientific meetings and international programs. They also chose the Cordovan Gabriela Gónzalez . A real national pride.

Karen Hallberg is Rosarina, but  grew up in the province of Jujuy,  where she studied primary and secondary school at  Teodoro Sánchez School in Bustamante  . The Jujano people remember her with great affection because, in 1980, she was elected  National Queen of Students , a very important event for the province that is celebrated during the month of spring.

After finishing high school he returned to Rosario, where he studied for two years his degree in Electronic Engineering at the National University of Rosario. Once he approved admission to the  Balseiro Institute  , a prestigious academic entity in science, he completed his  training in physics  and acquired his degree of graduate and, later, the doctorate in the same specialty.

Throughout his career he managed to reap great successes.Received the  Lóreal-UNESCO International Prize  of the Latin American Region  “For Women in Science” , which is awarded to women that stand out in this field. He was incorporated as a member  of the Council of the Academy of Science of Latin America (ACAL)  and, as if that were not enough, on September 25 he will receive the  Honoris Causa Doctorate from Siglo XXI University.

She currently works as an associate professor at the Balseiro Institute and is a researcher at the National Council for Scientific and Technical Research (CONICET). His scientific work is to investigate quantum properties.  His innovative and creative techniques allowed him to perform successfully in this branch of physics . It was during his postdoctoral stay in Germany that he developed an advanced numerical method that he continued to refine in Bariloche.

When asked for advice for those young people wishing to study physics or science, he replied that “studying a scientific career allows you to have an augmented view of reality.”For Hallberg  to venture into the natural sciences is exciting because it offers a unique way of thinking and getting to know the world.

Karen said that  this recognition was a great honor  and that, before she was appointed, she was pending the result of the vote. The happy news was given to her by the president of the Association,  Phil Bucksbaum , who called her and congratulated her on the mention.

Regarding the performance of its new role, Argentine physics emphasized the importance of promoting international scientific exchange by enhancing collaboration, especially among young people.Her work as a counselor will aim to  support the development of physics in countries with fewer resources  as well as connecting with other scientific societies and social and political actors. In this context, he stressed that his desire is to  close the gap between science, society and politics  by seeking a science that advocates ethics and social responsibility of scientists.

It is an association in the United States that has 55 thousand professionals from the world of physics. APS, by its acronym in English, publishes in leading scientific journals, including  Physical Review   and Physical Review Letters  .

Karen will share this recognition with the  Cordovan  Gabriela Gonzalez,  who will also be part of the Council of Representatives. This mention  will enable Argentine women scientists to participate in decisions about the activities of the Association , including scientific objectives and international programs.  A sample of Argentine export talent.

A Woman in Astronomy

The queen of galaxies is Cordoba

We left one of those responsible for Trelew playing first time

The school that challenged a game to the pandemic