Pablo Rodríguez is born and raised in Comodoro Rivadavia and currently presides over the Brazilian Society of Applied and Computational Mathematics. 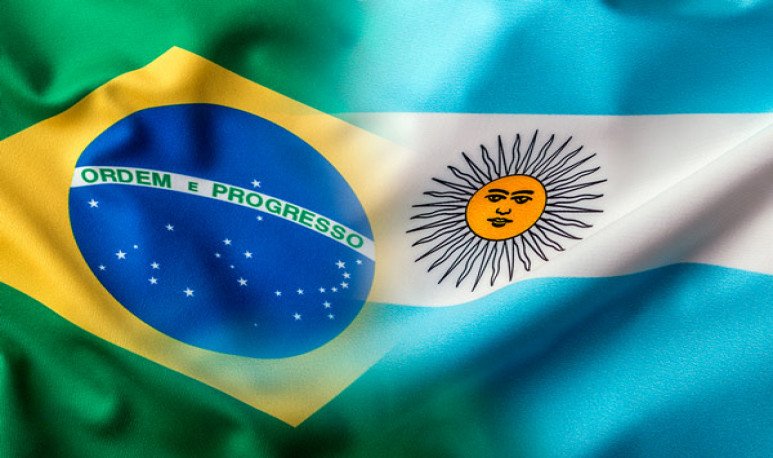 Pablo Martín Rodríguez was born and raised in the Chubutense town of Comodoro Rivadavia , but has lived for 16 years in Recife, Brazil, where he presides over the Brazilian Society of Applied and Computational Mathematics.

Paul grew up in Kilometro 3,  the son of a mathematics teacher and a Ypefian.  She went to high school at the Marine Biology School, where she showed her talent and vocation: together with a colleague she won a national prize promoted by  Conicet for building a low-cost didactic equipment.

In '98 he had to make his first big decision regarding his future and, after a long cycle of talks, he decided to register in the Industrial Engineering career -more than anything thinking about working in the oil city - although after studying the first year he realized that his passion was another.

So, the following year, he enrolled in the Bachelor of Mathematics and began to pursue both careers at once. Tomorrow again and the other in the afternoon, but, at the end of the year, he decided to turn on mathematics, although Paul acknowledges that at first he did not know well what he was going to do once received.

Time gave him reason and, in  2003, he was awarded the Manuel Balanzat Prize of the Argentine Mathematical Union, which made him the first comodorense to receive that award . However, Rodriguez continued with the uncertainty about his future once received, given that he could not see teaching, as he was shy and saw far away the possibility of standing in front of a living room.

That was how Pablo Rodríguez graduated, being the seventh graduate of the race and, on the advice of his professors, set his way to Brazil to pursue a master's degree. Some time ago he had visited Carioca lands after receiving a scholarship to participate in a congress.

The native of  Chubut  not only did his master's degree, but also completed a Doctorate in Exact Sciences at the University of San Pablo, an institution in which he did research and teaching -something he would not have imagined time back- until 2019, with a recreation between 2015 and 2016, when he went to the University of Paris.

In 2019 he left San Pablo and arrived in Recife to begin serving at the Federal University of Pernambuco. He also assumed the head of the Brazilian Society of Applied and Computational Mathematics, of which he began to participate in 2018 and in which he had served as first secretary.

The entity was founded in 1978 with the aim of promoting the growth of applied  mathematics  not only in Brazil, but also in Latin America, as it is an influential institution in the continent. It has five scientific publications and organizes an annual event involving more than 800 people. The comodorense's specialty is probabilistic models that, according to his words, “attempt to formally describe phenomena that are random”, such as, for example, a mathematical model for the transmission of a rumor within a population.

Beyond calculations and odds, Pablo Rodríguez believes that his -successful- professional and academic journey is thanks to heed his intuition, which he considers as “important.” “You have to be calm with what is best for you, with what you feel best,” said the comodorense, as he warns that many times you can have a passion for something but “the medium makes you go in another direction.”

Pablo bad has not been following his intuition: he changed his career, looked for his future in the neighboring country, also changed airs in Brazil, and today he heads an important entity in Cariocas lands. Definitely, we have to listen to intuition.