Home People Argentines around the world 7 years in Rome, and counting...

We talked to Sergio Herrera. A Mendoza accountant who came to Rome to play hockey some seasons, but work and life tempted him. 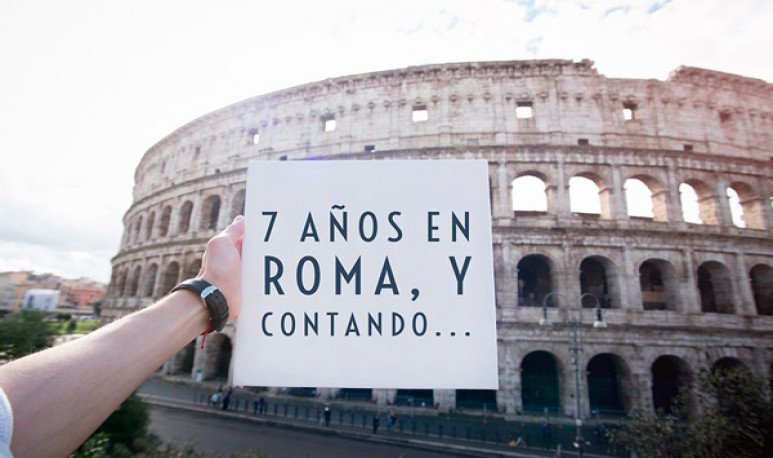 Sergio Herrera  is 32 years old, is a national public accountant and lives in Italy 7 years ago.    In Rome, more precisely.   Practice  field hockey from  a very young child, a sport he never abandoned. In fact, it was the main reason for his arrival in Europe. “I came for a sport theme, to make an experience, then I stayed and got a job.”

With so many years living there, he's getting to know the locals.  “ Italians are very similar to Argentines, but a little bit more civilized or educated.”   So, we consulted Sergio about that famous conception that Italians are the most Latino Europeans, and he said that “the Argentine has inherited everything  canchero  or what comes out of the law, from the Italians , and he added his touch. But we're alike in a lot of things.  I don't know if Italians are the most Latino of Europeans, but they are very Latino.”

The resemblance with Italians is evident in some customs: “I was surprised that customs are very similar.  Sundays full of food and family, getting together with friends, being in touch with people. The gastronomic culture is very similar. The dishes that are eaten are always pasta, pizzas and a little meat, like us.   That surprised me, to have a very similar culture.”

Seven years out is not for anyone. On the subject, Herrera said, “Miss, yes. A strange one always. But after a while you stop suffering for missing, you learn to live with it  and becomes more bearable.” Anyway, it's always a little easier when you can see loved ones, at least once a year: “I've been back every Christmas since I've been here, almost every December I'm in Argentina.”

“ What I miss most is the   roast , but not meat, but the ritual of doing it  . Just put the fire two hours before, take a wine, a fernet, what one chats until the meat is ready.”

“ I see Mendoza well, I always see it better. I mean infrastructure, bike paths, improved streets, parks, squares, lighting, cleanliness. I always see it's growing a little longer .” However, this is not enough reason for his early definitive return: “For now I think that I will be in Rome a few more years, without setting a limit. I don't know if it's going to be here all my life, if I'm going to go back to Argentina or if I'm going to look for a new place in the  world . For now it's here. I don't think much about the future.” It is the idea that arises from a traveled, learned and young head. Goodbye to the concept that decisions are for life.

The opinion of the Italians about Argentines

“It's weird. The average Argentine known in Europe is Buenos Aires. That's the perception you have here about us.  A rather opportunistic Argentinean, arrogant, who believes it and thinks himself superior.   But generalization is wrong, one can not say that all porteños are the same or that all Mendoza are equal, but that is the image they have.” However, Sergio has managed to deal with this and his result has been positive: “I always did very well, I've been treated very well, I've never had problems. They also see the lack of respect for the rules. They know, if you say “A” to an Argentinean, he can become B as if to contradict the rule.  But, well, they also know that we are warmer and more human, if you want.”