The district of Vista Flores is one of the most visited in Tunuyán. The old mill is its reference point, but it also hides years of stories. 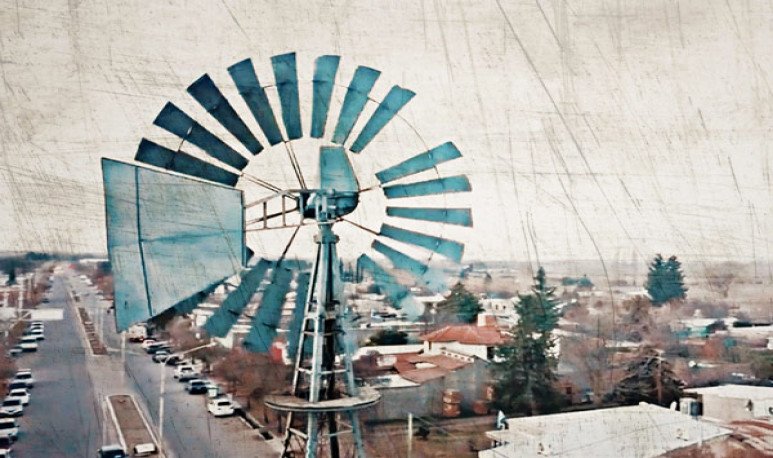 Vista Flores is one of the districts that make up   department of   Tunuyan,   located 100 kilometers from the City of Mendoza   . It houses a couple of blocks with a boulevard in the center, which we could define as the center of this city. And while there are some restaurants or wineries that can serve as a guide to give some indication,   it is the old mill that takes all the mentions at the time of giving some reference.   It is maintained and preserved, and all neighbors refer them to give some indication.

Of the most   4 thousand inhabitants of Vista Flores   , some remember until the time when the new mill was inaugurated. However, depending on the family generation, most people know only the time of its inauguration and its stage of operation, so they were told by their parents or grandparents.

Historically, like all country people,   the first vistaflorinos gathered irrigation water in cement piletones they had in their homes   , they let her “clear” and then take it. Afterwards, it was the municipality that supplied it with tankers. Until they thought they should secure it by their own means.

The neighborhood union of that time built a windmill, which today welcomes those who arrive in the city from the south   , on the boulevard San Martín. The water from that well was distributed in four dispensers, which were stationed in front of the general branch warehouses.   People went with damajanas and saucepans to find the necessary liquid for each day   . It was the big meeting point and the runner of the neighborhood news.

The arrival of light in the district allowed to modernize the system.   The pump, which was initially driven by a tractor motor, then operated on electric power.

However, the growth of the village demanded new responses.   In the 1960s, the Vistaflorinos took a step further, needing to bring the water puritized from the Campo los Andes traces and built, at peak and shovel, a 12-kilometer long aqueduct. To do this, families divided the work into sections.   The village realized that the activity had grown so much that they needed a legal handle. Then, they resumed the roles of the old neighborhood union, which slept in boxes of apples, and set out to put together a lending cooperative with all the law.

Thus it was constituted,   on 14 May 1967, the first council to be held by the institution.   It was a reflection of the variety of society. It was made up of a priest, a teacher, an entrepreneur, a nurse, a metallurgist, etc. These were times where the neighbors participated a lot.

Today, the drinking water service in Vista Flores is fully standardized and updated. However,   the old mill stands imposing on the southern entrance of the district, as a tribute. So that no one ever forget, the power of the force that generates a   united village.