In Viedma, the Regional Centre for Civil Aviation, one of the authorized institutions for vocational training, operated. 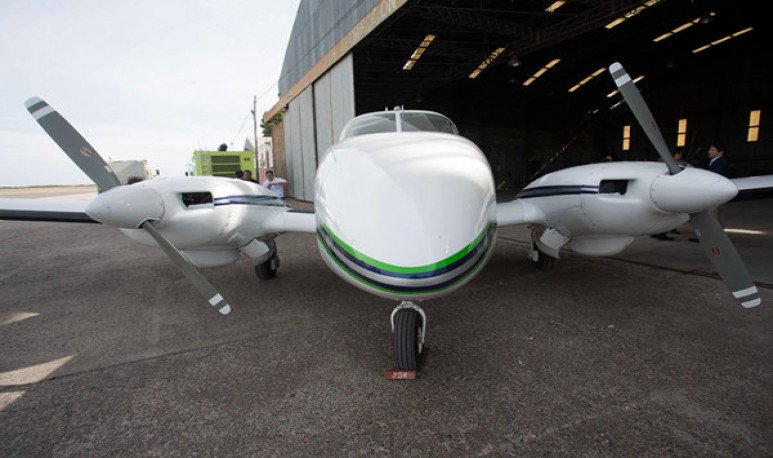 Viedma   is the birthplace of athletes, beautiful landscapes, current and past stories; big tournaments on the river, clubs and schools. In the capital city of the province of   Río Negro   , the CRAC SUR  Regional Centre for Civil Aviation  , one of the authorized institutions for training professional. And then they'll know what happened.

Forty years ago, this institution was operating where the facilities of the Directorate of  Aeronautics , which are under the Secretariat General of the Governorate, at the Gobernador Castello airport. Between 1981 and 1985 and, although it was a few years, the anecdotes remain in the imaginary of the locals, and Victor Díaz remembers it.

It is that they are close to the professionalization of the pilots, it is no small thing: “some of the Governorate of Río Negro acted as professors in different subjects and we were responsible for making this institution work in Viedma”, adding that “the first a course for commercial pilots in March 1981”.

The students and prospective pilots were from all over the country, and the teachers were, some, from  Buenos Aires  and traveled week to week to provide their theoretical and practical knowledge; others, moreover, were already pilots of the Governorate. A direct contact with the profession.

The training was diverse: from commercial pilots, airplane flight instructors to first-class commercial pilots, both theoretical and practical. There was also a small flight simulator that was part of the students' daily trainings: more than 180 pilots were trained in those 4 years.

However not everything happened there, the practical phase, comments Eduardo, moved “from the National Institute of Civil Aviation 4 to 5 aircraft - schools for practical matters”. The Institute also upgraded private riders from the nearby airclub to update knowledge of and in operations.

The region was marked by these studies that are still not as widespread as other university careers. It should be noted that when received, many of these professional pilots became part of the airlines of Argentina, such as Aerolíneas Argentinas and other flight companies, and some, too, began to work for foreign companies, flying with destinations outside the country and visiting new and various international destinations.

It should be noted that the aerial history of the province has not stayed at the Institute that today is only remember, since just last year the state of Río Negro recovered and remodeled a multipurpose aircraft, which had been abandoned years ago: Pipper Azteca PA 23. This aircraft, today works as a tool and connector between rionegrinas locations for the vaccination plan against coronavirus but also for the transfer of patients in serious condition to the hospital head of   General Roca   , Viedma,     Cipolletti     and   San Carlos de Bariloche   . The plane was in     Neuquen     since 1995, that is, for almost 25 years. It was not an easy task but not impossible: it became part of the Rionegrina Integral Care System for Emergency Medicine (SIARME) and, in addition to patients, can be used for rescues, evacuations and fire controls, something that has also happened in February and January in the tourist city of El Bolsón.

The aerial history of the province of Río Negro is extensive, enriching and of great anecdotes among teachers, students and today professional pilots; the nostalgic memory runs through the streets of Viednamenses but also in every town from which those air travelers were originating.