Did they ever tell you about the legend of yerba mate? One of the many Guaraní wisdom that continues to pass from generation to generation. 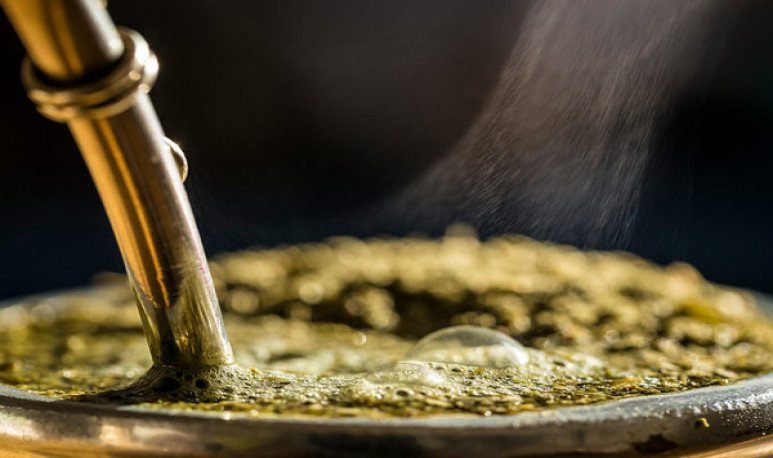 Historical contributions indicate that  the inhabitants of the Paranaense forest were the first to consume yerba mate  in infusions. From there on, they transmitted to the Spaniards to their method, which became a  millennial practice . This consisted of using a perforated cane and a pumpkin bowl, an object that is still part of the  ritual of the materos . However, the  Guaranitic legacy  is much richer and more comprehensive. Such is the case of the story that speaks of this plant that does so well to the hearts of Argentines. But especially to the people of the coast.

Legend narrates that  Yacy, the moon , always walked through the night skies. There, he watched from above and curiously the forests, the lagoons, the river and the estuos.   She did it by contemplating her beauty as a girl who is getting to know the world for the first time . In addition, the stories of those who had visited him were added to him and told him the wonders they found. The life of animals, the beauty of flowers, the song of crickets and the piar of birds.  All this made the young goddess become more impatient and longing to visit the earth .

Until, once and for all, it was decided  and together with Araí, the cloud  , they went to ask Kuaray's permission, the sun  . They told him they wanted to go down for a day to appreciate the wonders of the universe. The god was reluctant to let them go, but then  gave in and let them go . He imposed only one condition on them: on earth they would be vulnerable to the dangers of the jungle like any human. Although they would also be invisible to these. In this way, both started their journey and visited the places they saw from the heights, marveling at every step.

However, not everything was perfect. It's just that they were so embedded in their adventure that they didn't notice the stalking of a yaguareté that followed them closely. The feline was hungry and wanted to eat, so at one point he left the paw to catch the women. As soon as it was about  to reach them, the animal was wounded by an arrow thrown by a young Guarani hunter . Who happened to pass by the place and who, unknowingly, saved the life of the goddesses.

Then the young man tired by the search decided to rest at the foot of a tree before returning to the tribe and fell asleep. It was  in the middle of his dreams  that the girls  visited him dressed in white and talked to him affectionately  . Yacy told him that, as a  token of gratitude , when he arrived at the destination he would find himself at the entrance with a  tree never seen before. He also explained  how to prepare an infusion  with its leaves that  would unite people from  all over the community. Therefore, this would become a  symbol of brotherhood and fellowship .

When he woke up, the hunter returned to his people and saw the bush at the entrance to the camp: it was  yerba mate . So she decided to follow the instructions that the goddess had given her. He looked for a hollow pumpkin, chopped the leaves of the plant, put them inside and filled the bowl with water. Then, with a small cane he took the drink and quickly shared it with his environment that curiously observed the result obtained. The new creation  was passed from hand to hand  among those present, generating unity.  A gift of the moon for men who to this day is an emblem of experiences, friendship and fellowship .