The history of coihue and myrtle arrayán would have its origins in two brothers who did not get along very well. 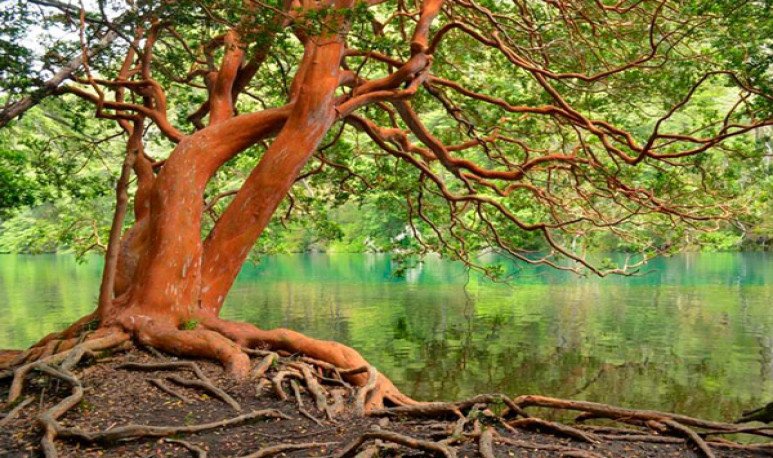 The   coihue and the myrtle   are two trees that we can see along the   Cordillera in Patagonia   . It is common to see them close to each other. The first grows a little faster and usually gains ground as wanting to conquer the world, while the other makes it slower, patiently, perhaps reflecting. What is your story?

Count the   legend   who, many years ago, lived for   patagonian lands   a family composed of father, mother and two children.   The two boys were very different.   They didn't look like anything and that made them permanently have some other quarrel between them.

The   major   of the two brothers, he was quite pale complexion and appeared to be somewhat weak, although he showed great intelligence. It was   patient   and this virtue applied in every aspect of his life. He could be still for hours waiting to hunt a prey, since he considered the best weapon to be successful was cunning.   The other, however, was more impulsive and aggressive   . It was common to see him start lawsuits for no reason. Being more burly than his older brother had given him an air of greatness and, after drinking some other drink as a girl, he became more violent than usual.

The antagonistic personalities between the two were always the cause of disputes that, on more than one occasion, by the intention of the minor, led to the physical plane in which the elder always took the worst part. However he did not complain because he understood that, someday, time would give him the right.

Parents, resigned, saw both children fighting believing that someday this situation would end. However, time passed and the waters did not calm down: already turned into men, disputes between the brothers, rather than ceasing, were increasingly frequent and more violent. The coexistence between the two was increasingly complicated and parents no longer knew how to relieve tension, but they did not succeed.   The relationship ended breaking when, after a fight, both were seriously injured, so the parents decided to turn to Futa Chao, the Elder Father.

There, the marriage made an offering to Futa Chao, begging him for a solution to the problem between his children, because every day the relationship was more conflictive. After receiving the prayers, Father Elder went down to earth and tried to achieve peace among the brothers. However, it did not succeed either, given that both decided to maintain their attitudes and were not able to accompany Futa Chao's wishes.

Faced with this, the deity decided to go further: he raised his hands above his head and turned both into trees: one was next to each other, but they were prevented from being able to attack. The eldest was converted into myrtle and the youngest was converted into coihue.   Both species are usually seen together,   but the differences are noticeable. The myrtle tree grows little by little, with the same patience as the elder hunted, it takes thousands of years to reach its full corpulence. The coihue, meanwhile, grows faster, with the same impulse with which the younger brother went to the crash, becoming burly more quickly.

It is common to see that coihue sprouts between the roots of the myrtle tree and, in its growth, twists it, tilts it and takes larger size. The myrtle, meanwhile, remains waiting and, when the coihue ends its life, the myrtle continues immutable to live its thousands of years, as a prize for patience, giving the triumph to reflection on impulse. That's what Father Elder wanted it.